Most affected: Oil palm smallholders worldwide who plant the crop as a route out of poverty will be hit by British supermarket chain Iceland Foods’ move to ban palm oil products from its own-brand range.

IN Nigeria and across Africa and the wider developing world, it is well known that the United Kingdom is one of the largest donors of international aid.

The fact that the UK meets the 0.7% target for international deve­lopment spending is lauded by the elites, but it is the on-the-ground manifestation of that 0.7% target that reaches the people – schools, roads, food parcels, medical care, all funded (and branded) by the British taxpayer.

This is part of the UK’s much-vaunted soft power. I’m here to tell you that it is not imagined; it is real.

The UK’s reputation as a friend of poor Africans, and a foe of poverty, has been earned through successful aid projects, and strong messages from the UK government and others.

However, this success is vulnerable if British interests are seen to be harming Africa.

Look at how the corporate Dieselgate scandal has shattered Germany’s image in America, or how corrupt Icelandic banks destroyed that country’s good reputation in Britain. Corporate mis-steps can undermine how an entire nation is perceived.

Which brings us to the unexpected “success story” of Christmas advertising.

Iceland (the British supermarket chain, not the country) decided first to ban all palm oil products from its own-brand range and then, in collaboration with Greenpeace, launched an advertisement to promote this fact.

The advert was banned from television for being “too political” under UK rules, and has since been a viral social media hit and received free airtime and column inches beyond Iceland’s wildest dreams. Kudos to Iceland’s PR team.

What has not been reported is the impact that Iceland’s stance will have on countries in Africa, and elsewhere.

Palm oil may be a bogeyman for some in Britain; in much of the developing world around the equator, it is a lifeline.

Oil palm is easy to grow and harvest, earns good money for poor farmers and their families, and is far, far more productive than any comparable crop.

From Colombia, via the Cote d’Ivoire and Congo and Kota Kinabalu, across equatorial Africa, Asia and Latin America, palm oil has lifted more communities out of poverty than anything else.

The old proverb about teaching a man to fish would, in 2018, be far better described as “teach a man to plant oil palm”. It is a proven route out of poverty. And Iceland Foods’ managing director Richard Walker wants to ban it.

Not only that, he wants to spend millions on advertising why it should be banned, and an accompanying tour of the TV studios encouraging others to ban it as well.

Let’s be clear: Mr Walker is asking that African, Asian and Latin American farmers not be allowed to sell their produce in his stores. This may not be a popular view in metropolitan London but in West Africa that is the reality.

It’s important to – briefly – address the claims made by Iceland in relation to palm oil.

The ban is not justified by claims of deforestation; the United Nations’ official data shows that forest area in many palm oil producing regions is growing, not declining.

The UK has 11% forest cover; Malaysia and Colombia (major palm oil producers) have 56% and 52% respectively. Will Mr Walker ban all British-produced products out of concern for deforestation?

The claims around orangutan are equally absurd. Data from the International Union for the Conservation of Nature (IUCN) shows orangutan populations are stable; a recent study highlighted the major cause of orangutan deaths was hunting, not palm oil.

It’s worth noting that Iceland has banned all palm oil, including from Africa, where orangutan have never lived. You couldn’t make it up.

That, though, misses the real point. EU research proves that the major causes of deforestation globally are beef (livestock) and soybeans. Not palm oil.

Why is Iceland not banning beef products, or soy products? If the concern around forests is real, that is the only consistent path for the “ethical” supermarket boss to pursue.

That Mr Walker targets only palm oil – not the real, proven causes of deforestation – is telling. Could it be that beef and soy are produced in rich Western countries, with strong lobby groups, and CEOs who attend the same country clubs as Mr Walker?

Palm oil is produced only in poorer countries and so presents an easy target. African and Asian farmers cannot challenge Mr Walker when he appears on BBC’s Question Time.

The anger, however, is now growing. Malaysian and Indonesian farmers have expressed their displeasure and their governments are reflecting it in their discussions with the UK government. Colombia too has openly criticised Iceland’s campaign. Nigerian and other African farmers will not be far behind.

It is disturbing to think that champagne is being poured at the Iceland HQ to celebrate a campaign that demonised and marginalised small businesses and small farmers across Africa.

Iceland’s PR effort may have won them some likes on Twitter, but it has done so by belittling Africans. The UK’s reputation for supporting economic development and opposing poverty has taken a hit.

Thompson Ayodele is director of The Initiative for Public Policy Analysis (IPPA), an independent public policy group founded in 2002. Ayodele serves as director of IPPA’s recently launched oil palm small farmer advocacy group, Palm Oil Farmers Unite! – a global coalition of small farmer associations formed with the intention of supporting a positive global environment for small palm oil farmers, and is dedicated to fighting the dangerous campaigns and policies that threaten small farmers’ livelihoods and the economic well-being of communities in Africa and Asia. 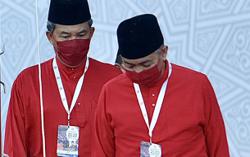