Flip flop in Pakatan Harapan’s government policy may cause Malaysia to lose its lustre as an investment destination.

IT isn’t the way things are done, at least not the Asean way. With negotiations on the Regional Compre-hensive Economic Partnership (RCEP) at the final stretch, International Trade and Industry Minister Datuk Darell Leiking sent a letter to all Asean economic ministers, changing Malaysia’s stance on the trade deal at the last minute.

It is understood the letter stated Malaysia’s change in position on some provisions for RCEP, a free trade deal currently being negotiated between the 10 Asean countries and six of its FTA partners (China, Japan, South Korea, Australia, New Zealand and India).

The letter, dated Sept 20, came at a crucial time when RCEP negotiators were huddled in Danang, Vietnam.

This is supposed to be the last round as the trade deal is expected to be concluded this year after seven years of negotiations. The trade pact covers a population of 3.4 billion with a total gross domestic product (GDP) of US$49.5 trillion, or about 39% of the world’s GDP.

In the letter, a copy which was sighted by The Star, Leiking asked for his colleagues to understand on the further need for Malaysia to change its position on some matters, including the investment chapter in the RCEP.

His reason was that since the Pakatan Harapan government took over, it had reviewed certain laws, regulations, administrative measures and commitments under relevant international agreements agreed by the previous government.

“The outcomes of the review have been translated to changes in the relevant domestic policies, laws, regulations and measures.

“As far as commitments under relevant international agreements that are currently under negotiations including in RCEP, the outcomes are reflected through the change of Malaysia’s previous commitments, ” according to excerpts of the letter.

In the letter, Leiking also asked for the understanding of his Asean colleagues on the need for Malaysia to change its position and also directed Malaysia’s trade negotiating committee (TNC) lead, Datuk Seri Norazman Ayob who was in Danang, to inform other Asean TNCs on further details.

What does all this mean? To put it simply, Malaysia is backtracking on its commitments on some of the things agreed by the country in the deal that has been negotiated since 2012.

It is understood one Asean trade minister was “fuming” upon receiving the letter.

A check with Asean officials found that they were puzzled. There was all-around disbelief that the letter was sent in the middle of the last round of negotiations.

“You don’t do this to friends in Asean. This is not the way we do things in Asean.

“The letter is naive and done in bad faith. What is Malaysia implying? That it has the right to change anything?” asked an Asean official.

He said to put such thing in writing reflected poorly on Malaysia because the country had always had a good reputation in trade deals negotiations.

“Malaysian officials were the ones who built bridges when there were difficulties among member economies and now they are the ones breaking those things.

“Malaysia has come full circle and at this negotiation round in Danang, it was an embarrassing moment all around for Malaysian officials, ” he added.

Asean has always prided itself on arriving at any decision on a consensus basis. Hate it or like it, this is the Asean way of doing things.

This consensus method has been credited for uniting Asean members in regional cooperation among Brunei, Cambodia, Indonesia, Laos, Malaysia, Myanmar, Singapore, Thailand, the Philippines and Vietnam.

The move by the minister begs the question of whether he had been given the right advice on the way to do things when dealing within the Asean family.

This is a government that still recognises Asean as the corner stone of Malaysia’s foreign policy, unless of course in matters of trade, things are handled differently lately.

The investment chapter in any trade deal basically is to provide certainty for parties investing in a member country.

It also indicates when a country is committed to certain conditions; it cannot retract what has been offered but instead should improve further.

But what Malaysia has done in this case by saying it has changed its position indicates a flip flop in its policy.

Surely there are various “arts” of negotiating.

In any trade deal, when certain issues negotiated meet with difficulties, a member country would go along with the consensus.

“If you are the only country, what you do is you go with the consensus but you have a caveat that says you will not implement this commitment in the short term but will review this position in how many years, ” said an Asean officer.

“You don’t break the consensus and ask for delayed implementation. Malaysia stating its change of position clearly shows a lack of skills in negotiations.

“If you want to do something like this, you call your friends and in this case your fellow ministers and talk to them. That is the problem when you don’t, ” he added.

Leiking said in Bangkok in early September that Malaysia’s interest and sovereignty were the top priority in concluding the agreement.

“When we create a new economic bloc, we have to listen to the people and our interests. We have to make sure we avoid all the pitfalls, ” he was quoted as saying.

Did he or the ministry consult the business community before making this decision and was the Prime Minister and Cabinet briefed on this backtracking since this involves the country’s policy?

This government’s flip flop in policies may cost Malaysia to lose its charm and attractiveness as a preferred investment destination.

Malaysia has always been known as a leader in Asean in supporting a multilateral trading system and regional integration.

We were way ahead of CLMV (Cambodia, Laos, Myanmar and Vietnam) back then.

Look at Vietnam today. It has overtaken Malaysia in foreign direct investment and going by the latest developments, it is possible that other countries in the region that are trying to catch up with Malaysia might just overtake us soon. 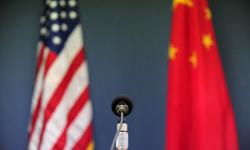