When and why we must make police reports 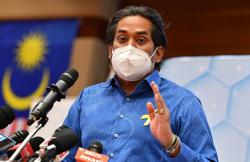 If you see a crime being committed, it is your duty to report it and you are protected, as long as the report is made honestly.

THERE seems to be a growing culture in the country over the past several years that whenever one person does not like what the other says, he lodges a police report.

Sometimes tens and tens of reports are lodged over the same incident, be it a happening or a statement.

There are situations where there is a dispute between parties over a civil matter.

Friends and acquaintances sometimes advise that the person aggrieved should lodge a police report.

But why make a police report? Many people are sometimes not actually clear as to why they are making the report.

Many, in fact, lodge reports to get the matter off their chests.

Sometimes when something happens, the person does not know what to do and he makes a police report and feels that he has done something. However, it sometimes serves little purpose.

In the main, police reports play a pivotal and necessary role in the area of criminal law and the commission of offences.

It is the general duty of the person who sees an offence being committed to report it.

In some cases, like the law on road transport, there is a requirement that a person involved in an accident must report it. Not doing so becomes an offence.

Such a report is referred to as a first information report, and it triggers off the police investigation. A police report about an incident where a crime or offence is suspected is a starting point for the commencement of the investigation.

Once the report is made, depending on the content, there may or may not be an investigation. There can be different reasons why a police investigation commences or nothing happens.

However, where there is an investigation, it should lead to a conclusion. Either the investigation shows that there is enough evidence to prosecute the person complained against and he is charged, subject to necessary approval, or the matter is closed.

However, does there always have to be a police report for an investigation to commence? On some occasions the police will say that they took no action because there was no police report.

Depending on the circumstances, such a statement may amount to avoiding the issue rather than dealing with it.

This is because it is not necessary for a person who witnesses the happening to go to a police station to make a police report before an investigation can start. All that is required is for a first information report to exist.

Thus if a passer-by sees that there has been an accident and calls the police and informs the officer that there is an accident at a particular place, what the police officer on duty takes down becomes the first information report and based on that, an investigation starts.

There have been occasions where a very important person is aggrieved and the police come to know that.

Having an allegation that an offence has occurred, a police officer makes a report himself and this then becomes a first information report and the basis for the investigation to commence.

This is not wrong, but it would be better if such an approach were also extended to lesser beings.

In the case of grievances of a civil nature, where there is a dispute between two parties which does not amount to an offence or crime, there is nothing for the police to investigate. It is a matter for the parties as to how they wish to address the situation.

The police report made, at best, serves as a contemporaneous record of what has been said and alleged at a particular time.

Depending on the facts and the circumstances, it may in some situations have a certain corroborative value.

Whether, in such a situation, a person should or should not lodge a report depends very much on the facts.

In the ordinary course of things, it would do no harm but at the same time may not serve any purpose either.

This can lead to the person accused being arrested or detained.

In other cases, the content may be highly defamatory. If this happens, can an action be taken against the person who makes the police report, if it turns out that the allegations were not justified?

A person who lodges a police report is generally protected, so long as the report is made honestly, even though investigations later do not bear out what is basically alleged in the report. No action can be taken against such a person by a person who is initially detained, though subsequently set free.

If every person, prior to making a report, is required to provide proof of the allegations made by him, then there would be no role for anyone else to play and the complainant would be required to be a detective and investigator before he could lodge a report.

That is not the concept relating to making police reports under our law. Nor is a person who makes a police report liable if facts that are later discovered show that there was no adequate basis for his complaint.

The only exception would be where the person makes such a report knowing at the outset that it is false. Financial 'Squid Game': Malaysian edition Premium
The knives are out for Hadi’s inner circle Premium
Sponsors aplenty for marketable athletes but sadly none racing to Hafizh’s help
More can be done for refugee community
On the cusp of endemicity
Assailed from all sides
Are mobile phones safe?
Rethink religious education
Profiting off animal cruelty
Digital construct needs rethinking