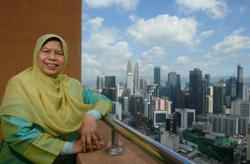 A WEEK is a long time in politics. On Tuesday, a long week in Malaysian politics began.

On that day, the High Court ordered the Home Minister to register Muda, led by Muar MP Syed Saddiq Syed Abdul Rahman, as a political party in the next 14 days.

On Thursday, Gerak Independent, a joint initiative promoting independents for the next General Election (GE15), announced the names of six of its candidates, including human rights activist Siti Kasim and former Umno MP for Sungai Benut Tawfik Ismail.

The Sabah-based Parti Warisan officially spread its wings in Peninsular Malaysia on Friday.

Parti Pribumi Bersatu Malaysia (Bersatu) is having its annual general meeting this weekend.

Yesterday was the Sarawak polls. Today, a party, led by Kamarazaman Yaakob, who is the older brother of Prime Minister Datuk Seri Ismail Sabri, will officially change its name to Parti Kuasa Rakyat.

On Tuesday, a multiracial party, Parti Bangsa Malaysia (PBM), will be launched.

The buzz on the PM’s political tug of war with the two teams intensified when the Backbenchers Club, led by its chairman Datuk Seri Tajuddin Abdul Rahman of Umno, pledged its full support for the Prime Minister to lead the country until Parliament ends in 2023.

In this one week, five political entities have entered or are entering the national political landscape.

If Muda is finally registered, Syed Saddiq will have a platform and will not need to rely on using the logo of a friendly ally such as Warisan.

Warisan is on a collision course with its GE14 Pakatan Harapan allies. In his speech to launch the party in Peninsular Malaysia, Warisan president Datuk Seri Shafie Apdal said the Chinese wouldn’t die in Malaysia without DAP. The party will take on PKR and DAP in some of their strongholds.

The outspoken liberal Siti’s foray into politics is exciting the Opposition crowd who are fed up with Pakatan. Some of them texted me via WhatsApp, saying they wished she would take on DAP National Publicity Secretary Tony Pua in his Damansara parliamentary seat.

The buzz on Parti Kuasa Rakyat fizzled after its launch on Oct 10. The party needs to make some noise, if not it will end up like Parti Sosialis Malaysia or Parti Rakyat Malaysia (does it still exist?).

The Bersatu AGM may be an opportunity for its warring leaders to consolidate. The party has two main factions: Team Datuk Seri Hamzah Zainudin and Team Datuk Seri Azmin Ali. It seems Home Minister and Bersatu secretary-general Hamzah knows what International Trade and Industry Minister Azmin did last summer in Sandakan, Sabah.

As it is not launched yet, PBM is an unknown entity. A PBM insider told me that the party, which has “Bangsa Malaysia” in its name, will be a grassroots-powered multiracial party.

“About 50,000 Pertubuhan Penggerak Komuniti Negara members will join PBM and turn it into a political power. We will evolve into a new force to rock the nation with our soon-to-be-revealed big agenda,” said the millennial, who did not want to be identified as she is not authorised to speak to the media.

“We will be the new political force supported by women, millennials and zoomers. We aim to be the big voice of Malaysian politics and not play second fiddle to any other political party. PBM is our chosen platform. Make no mistake about that.”

The big question is who will lead PBM. I’v heard speculation that it will be led by a woman MP. If it is true, she’ll be the only female party president – currently, men lead all the major parties in Malaysia.

“When the King met the party leaders to get their opinion on Malaysia’s politics, all of them were men. No one represented the views of the women and also the millennials and zoomers,” the millennial said.

According to the PBM insider, seven MPs and 15 assemblymen will eventually join the new party. There are reports that Julau MP Larry Sng will be PBM deputy president, and Tebrau MP Steven Choong will join the party. Both are independent MPs who are pro-Bersatu.