‘Politics have no relation to morals’

As veteran politician Tan Sri Rais Yatim put it, the police must know who started the ember of the scandal, now that they have grilled Haziq Abdullah Abdul Aziz, the main actor in the sex tryst video allegedly involving Azmin.

“I’m sure the Home Minister knows about it now and the Prime Minister perhaps. So, having known, some shifts will occur. Some promises may be modulated. The promise of the time has to be changed with the present, like what Machiavelli wrote,” noted the Parti Pribumi Bersatu Malaysia supreme council member in an interview in his office in Kuala Lumpur on Monday.

With the political shifts, the maestros would be adjusting their game plan accordingly, said Rais.

“Much will depend on what they get from the police report. And if it takes the form of changing the pattern of (Prime Minister) succession, then it might be a big shift,” he said.

In PKR, he opined, some leaders have been waiting for the right mount on the saddle.

The sex tryst video emerged, according to Rais, because the season for a change of the saddle of the premiership was about here. 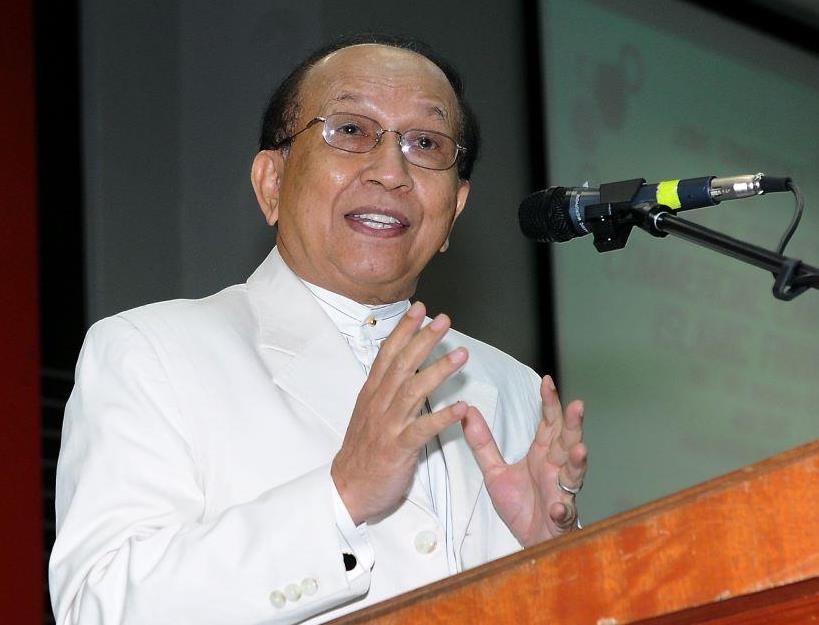 Thirteen months have passed since Pakatan Harapan won GE14 and the leaders might be thinking it was quite appropriate to create something, the Negeri Sembilan Bersatu chairman contended.

“And then you have been listening to the grapevine within the powers that be how personalities like Azmin and Wan Azizah have been evaluated. And therefore the nearness of Azmin with PM may have caused certain palpitations in the others. So, when they see this, something has to be done,” he said, referring to Deputy Prime Minister Datuk Seri Wan Azizah Wan Ismail.

Rais said he did not expect an Azmin sex video scandal to rock the country. He had expected something to be brought up but not the way it was done.

“Looking back at Anwar’s history, this is deja vu. But we cannot piece together anything legally to prosecute Azmin. For what? First, you establish the truth and technical integrity. If you can’t, you can’t prosecute him. And he is saying and many people are saying that it is a hoax. Even the money transfer documents are a big hoax,” he said.

Rais was talking about PKR president Datuk Seri Anwar Ibrahim who the then Prime Minister Tun Dr Mahahtir Mohamad sacked as his deputy in 1998 based on a “moral issue”. Interestingly, however, Anwar went to jail for abuse of power, not “Sodomy 1.0”.

Rais did not want to postulate on who is behind the sex video that has been described by Economic Affairs Minister Azmin as a nefarious plot to bring him down politically.

“You and I have the maturity now on who could be within the one side glass. But my gut feeling is this. Those who cannot have the patience to succeed don’t deserve to be on the saddle,” he said.

On who will be the eight Prime Minister, Rais believed with the current scenario, Dr Mahahtir was not in a hurry to quit.

“He got his third national car programme. He got a good list of things to do that he does not need to leave just now. After all, there was no schedule of leaving – tentatively or completely,” he said.

“But, how about the health of the 94-year-old Prime Minister?” I asked.

“I would regard that as an act of God. Nobody knows when one goes off. When one has to be demise by the maker,” he said.

“But, who is his likely successor?” I asked.

“Again, I must say those who he believes could be the wholesome successor. He knows better. I wouldn’t know from the outside. Or maybe I’ve been in government under five prime ministers

and all I can do is guess. I believe Azmin is close enough to him. I think they have worked together and perhaps Tun likes him better than the rest. Perhaps that is why many of these crutches are being propped up,” he said.

“But there’s an agreement in Pakatan for Anwar to take over?” I asked.

“I don’t see that there’s an agreement. In politics, there is no agreement unless it’s black and white. What you say today is to be subscribed by points advancement or points non-performance. The demeanour of the man in the saddle will have to be visualised. So, finally, although PH voice this out, this is not something that is concrete that thou shall be the Prime Minister after two years. So, politics and government being what they are, I think the public has a better flow of thought to determine it,” he said.

“And while the supremos in the PH may now want to come to a discussion again without certain people to be present. Amanah, Bersatu, DAP, they may want to talk about it. And perhaps PKR also would be present. And my doubt is Tun Mahathir might not want to say anything.

It is not going to be easy for the Prime Minister, Rais said. But, he thinks that Dr Mahathir knows what he wants.

“Whether or not he would be successful in doing that would depend on the circumstances,” he said.

On the rumoured cabinet reshuffle which popped up occasionally, like on Thursday, Rais said the Prime Minister had been sheepish about it.

“I don’t think he’s in a hurry to do that. If he wants Azmin to come in, I think it will be the DPM slot. And to do that Wan Azizah will have to come down,” he said.

“Technically, legally, constitutionally, Tun Mahathir doesn’t have to consult anybody as he is the Prime Minister. And if he wants ‘A’, he can make ‘A’ happen. Therefore, he may want to do the swinging act maybe some months after this but not immediately. It would be futile now to consider the shift of major personalities in the government.”

Rais continued: “Whoever in the purview of Tun Mahathir – who are not antagonistic, who are not spur wearers– they can become upper echelon leaders. Wan Azizah has become DPM well over a year. She has worked within the fold quite well in as much as Azmin is capable perhaps in the eyes of Tun. So anyone of them could become future leaders.

“If anything happens to Tun, the question is constitutionally how? Immediately the DPM becomes the acting PM. Once you become acting PM, total limelight would be thrown upon you,” he said.

“But touch wood, nothing will happen to Tun. But if anything happens, Wan Azizah will be in the position to become the acting PM.”

In the Malaysian version of The Prince, which is a treatise on political power, perhaps the best advice to the maestros is this Machiavelli quote:

“Men rise from one ambition to another: first, they seek to secure themselves against attack, and then they attack others.”