AS we bid farewell to 2018, here are my top 10 political questions for next year:

1. Will there be an open fight between Tun Dr Mahathir Mohamad and Datuk Seri Anwar Ibrahim?

Or is it just in the imagination of political machai (lackeys) linked to the two most powerful men in the country?

Will Anwar succeed Dr Mahathir? Will there be a repeat of 1998 when Dr Mahathir sacked Anwar as Deputy Prime Minister and Umno deputy president? Dr Mahathir has gone on record that Anwar will replace him. But he added a qualifier – if the rakyat agree. That’s an ominous “if”.

Will Bersatu take in more Umno MPs? Will it be a reverse takeover – a small party of 13 MPs taking over a big party with 54 MPs?

If Bersatu becomes Umno 3.0, will DAP, with 42 MPs, leave PH to protect its integrity?

Will Umno implode? Will it be split into three – those remaining with the party, those embracing Anwar, and those joining Bersatu?

3. Will the PKR civil war persist?

After the divisive party election, Team Anwar and Team Azmin (Datuk Seri Azmin Ali) continue to snipe at each other. There are mini-revolts by Team Azmin, questioning the party president’s pick for state chairman. If the party is not careful, a “Thanos” could wipe out half of the PKR universe.

4. Will the PH government still use its favourite scapegoat to defend itself for failing to deliver on its election promises?

As Tun Daim Zainuddin, the chairman of the Council of Eminent Persons, said: “(The people) do not want to hear about debt anymore, it is an old story. Although it still has to be rectified, it is a management issue. The rakyat is only concerned about their cost of living being reduced and their income going up. This is the government’s responsibility.”

5. Will Sarawak polls be held next year?

Sarawak Chief Minister Datuk Patinggi Abang Johari Tun Openg has until 2021 to call for a state election. But some political pundits say it is now or never.

The Gabungan Parti Sarawak government can’t wait until Dr Mahathir and Anwar focus on the biggest state in Malaysia. The state government will be facing the might of the Federal Government.

6. Where will the nine assemblymen and five MPs who quit Sabah Umno go?

If it is Bersatu, the national party will be clashing with a local party, Warisan. Before GE14, both parties had a gentlemen’s agreement that Bersatu would not set up branches in Sabah.

7. Will there be more by-elections?

If there are more by-elections, it would be a good barometer of support for PH among Malay voters – especially if it happens in Kelantan, Terengganu or Kedah. So far, the by-elections have been held on the West Coast of Peninsular Malaysia, where PH is strong in mixed seats and urban seats.

8. Will there be a Cabinet reshuffle?

9. What will be the next Icerd for Umno and PAS?

The two Opposition parties pressured, pressured and pressured PH until it had to U-turn on its promise to ratify the International Convention on the Elimination of All Forms of Racial Discrimination (Icerd). When it comes to issues concerning Muslims and Malays, it looks like Umno and PAS have an edge.

10. How is PAS going to remain relevant with its extremist/conservative/traditionalist approach?

According to political analyst Dr Abdul Latiff Mohd Ibrahim, “PAS leaders exploit racist and extremist sentiments to keep their support base. April will show if they had received the RM90mil from Umno. If proven, then it is a blow to the so-called ‘morality’ they have been championing.”

But probably for most of the rakyat, the fundamental question they’ll be asking in 2019 is about roti canai and dhal issues. Will their life be better after voting in PH? Will the price of eggs go down? Will the ringgit go up? 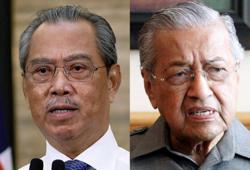 Can Muhyiddin survive the Mahathir onslaught? 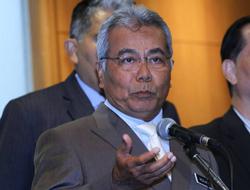