THE strength of a civilisation depends on the unity and solidarity within its nations.

According to Ibn Khaldun, the great Arab philosopher of history and often regarded as the Father of Modern Sociology, no society can achieve anything without strong consensus on its aims and vision.

This consensus is manifested through solidarity among the members of the nation (asabiyyah), and Ibn Khaldun believed that it could grow stronger if joined by a pair of powerful social bonding factors – religion and ethics.

This is very much relevant to Malaysia, which is now planning for its future development by involving the younger generation through an initiative known as National Transformation 2050 (TN50).

Youth and Sports Minister Khairy Jamaluddin has made it clear in a speech that one of the main challenges of TN50 is to forge greater unity among Malaysians. The issue of solidarity again takes centre stage.

The generation gap can be as divisive as racial disharmony because it occurs right within the family, which is the smallest institution within the fabric of a nation, and yet it is instrumental.

Besides, the generation gap cuts across the lines of race and ethnicity.

It has always been pointed out that the gulf between the old and the young is due to their different value systems.

The youth are characterised as being more open, free, plural and sceptical towards authority, while the old are seen to have a closed worldview, are more principle-centred and are loyal to authority.

Given that our world is evolving fast and young people are quick to embrace new things, it is increasingly likely that the generation gap will persist and will be more difficult to bridge.

Some may not see this as a crucial issue, but they overlook the social problems that stem from the generation gap.

For example, there are a growing number of cases of clashes between parents and children, children running away from home, children abandoning parents in homes for the elderly, and parents suing children for not caring for them in their old age.

What is the fundamental difference between the two generations? Is it something that cannot be reconciled or is it a subjective matter that needs room for toleration?

There is usually not much cause for concern when the young and the old disagree over subjective elements like food preferences, fashion styles, ways of social communication, and musical choices.

It is, however, somehow worrying if the difference is over basic principles in life such as religion and ethics.

As Ibn Khaldun said, religion and ethics are fundamental in strengthening the bonds within a nation.

If the generational differences over religion and ethics remain unresolved, there is a strong possibility that the gap will widen and the efforts to reinforce national solidarity will be hampered.

It is therefore pertinent that religious and ethical elements such as mutual respect, justice and moderation be made key factors in strengthening solidarity among Malaysians.

In the case of TN50, such values must be recognised as among the important principles that will unite the country’s future generations.

As history has shown, religion as a whole continues to have an instrumental role, especially in refining good characteristics of mankind and good virtues that lead to the building of great civilisations.

Therefore, discussions of religious and ethical principles should always be anchored to moderate understanding, which is better left to the wise scholars among the religious adherents.

Further analysis on the role of religion and ethics will show that they are more conducive towards building unity.

They can unite the whole nation in terms of fundamental and permanent principles and values in life.

The fundamental ethical principles, irrespective of religion, are mainly universal and can serve as uniting factors in guiding the nation in terms of philosophy, vision and mission.

Because the younger generation are particularly vulnerable to radical changes and inconsistencies in life, these permanent ethical values will help them to face future challenges in life.

In addition, these principles will contribute significantly towards the proper refinement of human character, which in turn can help reduce the ethical-moral problems faced by the society at all levels.

When people hold stronger ethical principles, it can gradually narrow the generation gap.

While the old and the young can debate over what to eat for dinner and what to wear at weddings, they should agree and unite in upholding fundamental ethical ideals so that they can rise as a great and refined nation. 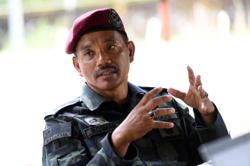