The people gave Pakatan Harapan the mandate to clean-up Malaysia. However, we are now slowly being convinced that this coalition is looking more and more like ‘the same old broom’.

SEVERAL million new voters are now watching this sick political drama that is unfolding in Malaysia. Political stories of sex, lies, clandestine meetings, betrayals, cover-ups and double standards are being fed daily via the various platforms and the media.

While the older Malaysians have been there and seen them all over the last three decades, our political leaders may or may not realise that their actions and theatrics are now shaping these minds at a much quicker pace with the huge influence of social media.

I have been talking to many young ones who will be first-time voters, and I believe they represent a good cross-section.

I was shocked when a 25-year-old fresh graduate said he and his friends are sick of what is going on.

These are people who do not know what May 13 stands for or what the infamous Sodomy 1 and 2 are all about.

This includes a large segment who watch or read nothing except for what’s on the speedy social media. These are people who do not care about any politician’s past deeds or misdeeds. Needless to say, most of them would be influenced by what they read now.

Some are beginning to ask, and rightly so, what is there to show in New Malaysia that was not there in Old Malaysia.

Of course, they say their question is based on the promised political reforms made by Pakatan Harapan in its election campaign.

They want to see tangibles, not the old style of promises and statements. Or forming committees after committees to come up with reports when malpractices are exposed.

We hear of ministers making promises to stakeholders at meetings many months ago but nothing seems to have moved from there.

As these young Malaysians go through life and are exposed so freely now to the performance of those elected and in power, they will begin to exert some control over their lives, including making up their own minds and not be influenced by political rhetoric or propaganda anymore.

Just when many of us thought that we had left our sordid political past behind following Pakatan’s victory last year, we are now witnessing real time all the political lies of yesteryear.

So, the current political posturing of the Malay-based parties in and outside the coalition, are all aimed at one thing – to hold on to power at any cost and ensure certain leaders are in or out of the future succession plan.

What’s wrong with this democratic practice, you may ask.

Yes, on the face of it, it looks good. But indulging in blatant lies, misleading the Malaysians and practising treachery in the name of democracy is not what the voters wanted from Pakatan.

Strangely, certain leaders seem to actually think that the people will buy their ridiculous arguments and reasons.

On the contrary, many may not say it openly but they are downright disgusted.

There were specific promises made by all party leaders after putting aside their pride and ego to ensure the previous corrupt regime was thrown out in the 14th General Elections.

These were among the many promises that made most voters believe in Pakatan. And they put them in Putrajaya to clean the nation up in every aspect.

But what do we have now?

The old Machiavellian style of politics, re-alignment of enemies to benefit their own political survival.

The people were really angry and gave the mandate to Pakatan to clean-up Malaysia.

However, we are now slowly being convinced that this coalition is not the new broom that we thought would sweep well.

To many, it looks like the same old broom. Nobody seems to care for values anymore.

Very few stand up to question some of the ways that are obviously taking a dangerous route.

And we are seeing some sick statements and actions from Pakatan leaders that is reminiscent of certain leaders in the past.

Seriously, does the current government expect Malaysians who voted them into power to sit back and watch the sex, lies and betrayals that they indulge in and still support them?

Or do they think we are supposed to be eternally grateful to them for dislodging what is alleged to be the worst kleptocrat and then do nothing?

And they better remember that it certainly was not to facilitate the new crop of leaders to move in, sit in their ivory towers, appoint their party members and cronies to important positions and go on with the old ways that most Malaysians detested.

When you look at the GE14 campaign themes and promises, it was all about getting rid of a kleptocrat and his supporters, and never to see Malaysia go through this kind of horrendous corruption. The manifesto promised a whiter than white government.

I am not sure if financial corruption has been effectively reduced although it appears to be so.

There are unverified claims of certain leaders indulging in some unhealthy practices. However, political corruption which was rife over the last several decades seems to be spiralling out of control.

All some politicians want are to remain in power at any cost.

You can lie, cheat, mislead and betray. To most of the politicians and their hardcore supporters or cronies, it seems to be fine.

Conscience is flung out of the windows, maybe because these leaders think that Malaysians have a short memory span.

Pakatan had boldly declared in the manifesto that they were willing to be judged by the people on how far they fulfil their promises when in government.

“If we fail or if we break our promises, by all means, reject us in the next general election, ” it declared.

Yes, after a good 15 months, the people have started judging.

To be honest, it does not look good for Pakatan. Period.

K. Parkaran is a journalist and researcher. He was a senior reporter at the now-defunct National Echo, deputy editor at The Star and producer at Aljazeera TV. The views expressed here are solely his own. 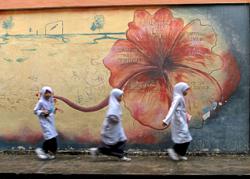 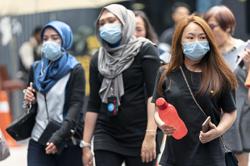 What a ‘New Normal’ should mean for us 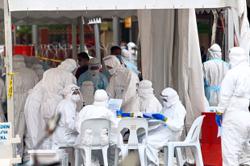 Let’s rise above ourselves