No more faking it here

THERE is a joke which I came across many years ago of a Chinese man who upon being fired by his company, decided to start his own business.

He took out all his savings to buy some electrical appliances but the products turned out to be fake. His business failed and he lost all the money.

He gave it another try by borrowing money from relatives and friends to buy some stationery but the items were fake too.

Unable to settle the debts, he decided to kill his children, then take his own life but all of them did not die because the poison he bought was also fake.

It is funny but shows only one thing – how rampant fake products are in the Middle Kingdom.

The story may be exaggerated but it is common knowledge that fake and substandard products such as electrical items, cosmetics, fashion accessories, pharmaceuticals and food such as rice, beverages and eggs have flooded the local market.

For years, China has been making efforts to clean up its image of being the land of fake products. The progress has been rather slow.

An official said they are determined to crack down on counterfeit and fake items.

“We will make manufacturers and sellers of fake products pay the price until they are bankrupt,” Zhang Mao, head of the State Administration for Market Regulation, told a press conference held on the sidelines of the annual legislative session, known as the Two Sessions, recently.

Among the steps to be taken are making public those who break the law and imposing hefty fines on the violators. Consumers who didn’t know they were cheated will be compensated.

Zhang said a whistle blower system would also be set up to counter these “smart people who did not put their brain to good use”.

When I came to China, I have been extra careful, especially with food, and only buy goods from well known brands.

One name I can count on is Tongrentang where I purchase medicine for common ailments, honey, herbs, chrysanthemum, and barley.

I will not buy these products anywhere else.Unfortunately, recently, this centuries-old brand, which is also the nation’s largest producer of traditional Chinese medicine and once the sole supplier of royal medicine, has failed me.

The 350-year-old company’s subsidiary was found to recycle expired honey and resell to consumers after changing the labels containing the new expiry production date.

As a result, the Beijing Tong Ren Tang Bee Industry, the subsidiary involved in the scandal, had its food business licence revoked and banned from applying for a new one for five years.

Over a dozen of its executives, including its president, were punished, demoted and dismissed. They were also barred from applying for business licences in the food industry or engaging in food production or management work for five years.

In 2016, a batch of Manuka honey imported from New Zealand and marketed by Tongren­tang were found to have been adulterated with syrup.

Last year, the country was shocked when a fake vaccine scandal came to light following the exposure of a major rabies vaccine producer using expired materials and falsifying production dates.

A new law, the Vaccine Administration Law, which imposes much higher penalties on violators, was drafted, said Jiao Hong, head of China Medical Products Admini­stration, at another press conference held in conjunction with the Two Sessions.

She said they were currently working with the related departments on the implementation of the new law.

Early this month, police seized an assortment of counterfeit beauty products of an international brand and hundreds of popular facial cleansing machines from two factories in separate raids.

The beauty products were diluted and mixed with a list of chemicals before they were repackaged.

Police said the production cost for each fake facial cleansing machine, using a small motor and several screws, was eight yuan (RM5). The genuine product is priced around 900 yuan (RM550) in the market.

American coffee chain Starbucks was not spared either. Recently, Starbucks VIA instant coffee was found on the shelves of supermarkets in Chinese cities but the company said the item was only sold at its outlets and online store at Tmall e-commerce.

Apart from having the same name, the Starbucks VIA coffee circulating around Chinese supermarkets allegedly displayed the same design that the original packaging in authorised outlets carry.

Xinhua, China’s national news agency, reported that they are marked with a shelf life of 18 months, longer than the eight months on authentic ones. 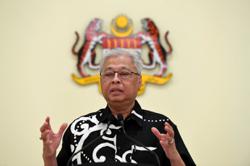 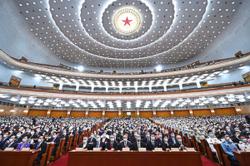