Blue and green fight in Kedah

Fighting fit: Ahmad Bashah has a good working relationship with the

THE sky was a brilliant blue and this is the time of the year when a beautiful breeze sweeps across the padi fields of Kedah from morning to night. It was perfect weather for the political campaign that is about to start anytime soon.

Three ambitious coalitions are hungry for control of this northern state where politics is a balancing act between tradition and modernity. Every single one of the 36 state and 15 parliamentary seats will see multi-cornered fights between Barisan Nasional, Pakatan Harapan and Gagasan Sejahtera. It will be intense, to say the least.

On top of that, there is the long shadow of Kedah’s most famous personality Tun Dr Mahathir Mohamad.

Kedah should be the staging point for Dr Mahathir in his bid to become Prime Minister again but, strangely enough, there has not been any burning excitement about the potential return of Dr Mahathir.

Kedah seems too quiet for a state that the opposition has predicted will fall in the general election.

Politicians on both sides of the divide are quite nervous about the dormant ground. They cannot tell what it means, whether it is going to be good or bad for them.

“People ask me if I’m worried. Actually I am very worried, not about Amanah or Bunga (the local name for Parti Pribumi) but about PAS. If you know Kedah, you will know that it has always been about Umno and PAS. I take PAS very seriously,” said Sungai Tiang assemblyman Datuk Suraya Yaakob.

Umno and PAS are the only two parties with an extensive network and machinery on the ground.

Pribumi and Amanah have been very active but, said the boss of a think-tank, it is essentially a fight between the blue and green party over here.

Go beyond Alor Setar into the heartland of Sik and Baling, and one will pass one house after another painted green. Even the roofs are green in colour.

Kedah has the biggest PAS membership of about 170,000 members and according to state PAS chief Dr Fakhruddin Syeikh Fakhrurrazi, only about 3% of their members left to join Amanah.

He described the Invoke study predicting the nationwide defeat of PAS as syiok sendiri or self-serving. “PAS has contested every general election. We have never ended up with zero seats.”

Dr Fakhruddin is not the fire and brimstone type that PAS members are used to but he is the first Kedah commissioner with a PhD, and although few believe that PAS-led Gagasan Sejahtera can win the state, it has the potential to be the kingmaker.

Suraya’s seat is located in Pendang which used to be a PAS stronghold. She has a 2,000-strong Wanita Umno machinery that has been combing the ground the last one year but she can also see the PAS teams going around doing welfare work and accompanied by doctors with stethoscopes around their necks.

Umno was worried sick when Dr Mahathir joined forces with Pakatan but sentiment on the Umno ground shifted after Pakatan named him as their Prime Minister candidate.

“People like and respect him, some idolise him but becoming the PM again at 92 was hard for them to accept. The tide shifted, including among the young people,” said Suraya.

Pakatan is playing catch up. Their approach is to set up base in high visibility locations and deck it with flags and banners of their party logos. What they lack in manpower and machinery, they substitute with the oomph! effect.

“We need Mahathir to pull the rural Malay voters. His name carries weight, we can feel it when we distribute pamphlets of him in the kampung. People like Mat Sabu and Wan Azizah do not have that effect,” said Dr Abdul Rahman Ahmad, the Pakatan secretary in Kedah.

Dr Mahathir’s attacks against Datuk Seri Najib Tun Razak have succeeded to an extent because it is not uncommon to hear locals blame him for issues like the rising cost of living.

The Umno community in Kedah has been careful about attacking the former premier. Being 93 years old is a drag but it allows Dr Mahathir to say what he likes about everyone while others have to tip toe around him for fear of coming across as disrespectful. 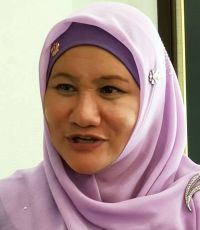 Suraya: Kedah politics has always been a contest between Umno and PAS.

Datuk Seri Ahmad Bashah Md Hanipah took over as Mentri Besar during a difficult juncture and he will be facing his biggest test when he leads Barisan against the most aggressive opposition ever.

But Ahmad Bashah has a few things going for him – he has recovered from his health scare of a few years ago and looks fit and upbeat. His friends joke that he will look younger if he colours his hair but he intends to stick to his salt-and-pepper look and age gracefully.

He also seems confident of retaining Kedah with a comfortable majority.

A series of surveys done by his adminis­tra­tion over the past year has pointed to Barisan taking 30 out of 36 state seats and 13 of the 15 parliamentary states, including Langkawi where Dr Mahathir is likely to contest.

A lot of it has to do with the fact that the ruling coalition as well as PAS will have the edge in the event of multi-cornered fights.

Ahmad Bashah is not as popular as Datuk Seri Mukhriz Mahathir among the youth but he is well-accepted by the Chinese.

It is no secret that Mukhriz felt hurt that only about 9% of Chinese in Kedah supported Barisan in 2013 and was quite cool towards the community after he took over.

Ahmad Bashah did not have this problem and has many close friends among the Chinese.

They see him as a moderate Malay and a grassroots politician. The billboard of him conveying Chinese New Year greetings has the image of a dog on it.

He greets the Chinese folk with a bit of Hokkien that he has picked up from childhood, he is always smiling, and is still as friendly and down-to-earth as ever.

He and his wife lived in a simple terraced house on the outskirts of Alor Setar until last year when they moved into the official Mentri Besar residence.

Yet the Chinese support has improved only marginally for Barisan. It is estimated that the coalition will get only about 17% support from the Chinese.

MCA organising secretary Datuk Yoo Wei How said that four or five years ago, MCA politicians did not dare go into Simpang Kuala, a hardcore DAP enclave in Alor Setar. The stallholders there would openly berate them. 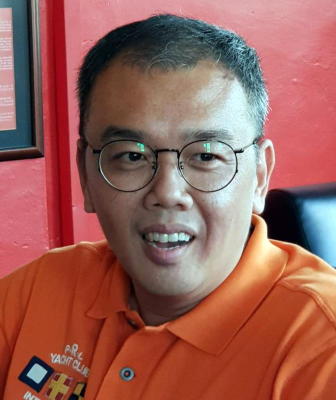 “It’s different now, we go there to eat and we even had a few events in the area. There are still people who come and argue about issues with us but no more scolding. Some of the hawkers would even bring us a plate of roast pork or some porridge and refuse to accept payment,” said Yoo.

The Kedah-born Yoo will be contesting the Alor Setar parliamentary seat against PKR’s Gooi Hsiao Loong who is from Penang island where he lives and runs his law practice.

Yoo has been working the ground for the past one year, and has established a close working relationship with the Chinese associations. Despite the effort, the odds are stacked against him.

His boyhood friend who owns a popular cafe in Alor Setar’s Chinatown area had voted Pakatan for Parliament and Barisan for state in 2013.

“I am hoping he will support me, that’s what friends are for,” said Yoo with a laugh.

Chinese make up only 17% of the population in the state but every vote counts given that Malay voters are spoilt for choice.

It is often said in Kedah that the Mentri Besar can only have a stable administration if he has a good relationship with the palace, the Kedah civil service and the ulama class. Ahmad Bashah has had an easier time with this triangle of influence than his predecessor.

But the worrying thing is that some surveys show that 50% of the civil service, which is over­whelmingly Malay, are still undecided or declined to indicate who they will support in the general election. It is a sign that the civil service support is not to be taken for granted.

They are part of the quiet ground that has puzzled and worried many political leaders.

The quiet mood, said a retired top police officer in Kedah, does not mean that people do not care about what is going on.

“The noise level will go up once they know which parties will be contesting in their area and who the candidates are,” said the former cop.