All shook up: Anwar arriving at the PKR operations centre in Kajang where he held a brief meeting and addressed a crowd that had turned up to commiserate with him. — NORAFIFI EHSAN / The Star

The guilty verdict by the Appeals Court on Datuk Seri Anwar Ibrahim has once again shaken PKR to the core and brought the ill-fated Kajang Move to a dead end.

DUSK had fallen by the time Datuk Seri Anwar Ibrahim emerged from the Palace of Justice to a crowd chanting “Reformasi!” and “Hidup Anwar!”

Anwar was visibly shaken when the Appeals Court judges overturned the High Court decision and handed down a guilty verdict. His wife and daughter Nurul Izzah had to calm him down but he had recovered his composure by the time he stepped out into the night air.

He was mobbed by supporters and photographers and the non-stop flashes from cameras and mobile phones was almost blinding. But the commotion seemed to revive his spirits and he flashed his famous smile, waved and clenched his fist as his black SUV slowly pulled away.

As he indicated in an angry outburst inside the court, he has been through this before.

The man whose personality, politics and personal life had dominated the Malaysian political landscape the last 15 years is once again stirring up a storm.

His desire to become the next Mentri Besar of Selangor has gone up in smoke. The guilty verdict has effectively barred him from contesting the Kajang seat because the Selangor Constitution is quite specific about criminal convictions and eligibility for political office.

But his dream of becoming Prime Minister is not exactly over. There is still the avenue of appeal to the apex court and his legal team is preparing to file the appeal papers on Monday.

That same evening, a crowd of about 2,000 gathered at the Kajang stadium where a dozen PKR leaders spoke. But the crowd had come to hear Anwar speak and, at about 12.30am, when the emcee announced that Anwar was not coming, people got up and started to leave.

Anwar was at the party’s Kajang operations centre where he addressed a crowd of about 500 party members and supporters, and this was where the emotions and anger bubbled to the surface. A text message had gone out that evening asking members to gather to “menentang kezaliman terhadap DSAI” (oppose the oppression of Anwar).

“We felt so down, so angry after the court verdict. You could see it on everyone’s face. But after hearing Datuk Seri Anwar speak, we felt better. He did not crumble, he is a fighter,” said supreme council member Fariz Musa.

Anwar’s composure was quite remarkable and when a reporter asked who would be the Kajang candidate, he said there were 12 names and joked that the reporter was welcome to be the 13th name if he was interested.

In fact, PKR deputy president Azmin Ali seemed more affected than Anwar by Friday’s court drama. Azmin had not had time to go home and was still in the grey checked shirt that he had worn to court.

Azmin had returned from Mecca last week with a close-cropped hairdo and what he called a “new spirit”. 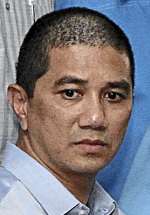 Azmin: Man to watch in the months ahead.

When he took off for the umrah shortly after the Kajang Move, there was a lot of speculation and gossip about why he was going away at such a crucial time. It was thought that he had gone to seek divine solace because he was upset that he was, once again, so near yet so far from the Mentri Besar post.

But the Anwar loyalist has been in the thick of things in Kajang since his return and he is the man to watch in the months ahead. He gave a fierce speech and waved the threat of street politics. He is signalling that he means to take charge of the way the party intends to defend Anwar.

The mood this time has been quite different from back in the first sodomy case when feelings and sentiments over what had happened to Anwar were white-hot and throbbing.

There is a great deal of sympathy for Anwar and his family for their ordeal. His supporters feel angry and frustrated and they have questioned the court decision, particularly the timing of the proceedings.

The party’s Suara Keadilan news portal immediately uploaded a picture of Anwar with downcast eyes and the headline, “Fitnah II”, depicting the decision on the second sodomy case as yet another round of slander against him.

When Anwar was acquitted by the High Court in 2012, they had proclaimed the judgement as “justice done”. This time around, they declared it as a “black day for justice” and blamed the guilty verdict on a “Barisan Nasional conspiracy” against Anwar.

But there is a degree of political fatigue over the endless politicking since 2008. People have seen what street politics has done to the economy and social fabric of Thailand and Egypt and it is not a popular idea except for those who have something to gain politically. It damaged PKR more than anything that had ever happened to the party. PKR came across as manipulative and unprincipled and exposed the fissures and rivalry in the party and it did not have the support of PAS leaders.

Most of all, it was not popular among many Selangorians who preferred Tan Sri Khalid Ibrahim as their Mentri Besar and did not see why he should be sacrificed because of an internal power struggle.

When news of the court decision broke, some in PKR even said that “this is the price for the Kajang Move”.

Rafizi Ramli, the engineer of the Kajang Move, has gone from white knight to black sheep for getting Anwar and the party into this ridi­culous situation.

Rafizi used to be able to say anything and people would believe him. But the Pandan MP has lost his magic touch and has been whipped left and right by those who used to admire him.

If the Kajang Move was a commercial product, it would be akin to an investment gone monumentally wrong and the man in charge would have been sacked.

Yesterday’s Pakatan Rakyat Convention, held on the anniversary of the 2008 political tsunami, was supposed to lend a ringing endorsement to “Kajang, road to Putrajaya”. Instead, it is taking place amid a host of questions about the future of Pakatan given what has happened to their superstar, Anwar.

Anwar’s star power has been the big selling point for Pakatan and the coalition will have to return to the drawing board.

“Everything has changed again, this is a major political shift,” said a PKR insider.

Friday’s judgement is a watershed moment and it could possibly mark the start of the end of the way Anwar has dominated the political landscape. 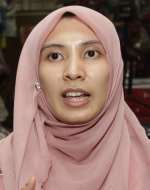 Nurul Izzah:Will she step up to claim legacy?

He may not be ready to go and he will surely fight to stay relevant but there are many young leaders in his party who are more than ready to step up.

Malaysian politics, said one political observer, can move forward with the new generation of young leaders – or what he termed the “Malaysian generation”, namely the generation born after 1963.

The generation of Lim Kit Siang, Tun Dr Mahathir Mohamad, Datuk Seri Hadi Awang and even Anwar are part of the post-colonial and post-Cold War era and they come with too much ideological baggage.

The latest development also means that the PKR election has become even more crucial in terms of charting the future of the party.

It is unclear whether Anwar is still on course to contest the PKR presidency. He is still eligible for the post for as long as his next level of appeal is in progress. But whoever becomes the next deputy president of PKR in the party polls, he or she will have to be someone who is qualified to take over from him and lead the party.

PKR’s bid to make Kajang a referendum by-election will also be the arena for those aspiring to move up in the party election starting next month.

> Joceline Tan can be reached at joceline@thestar.com.my