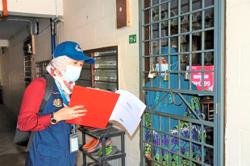 TK works as a hospital cleaner.

She is employed by a private company offering “innovative healthcare support services”, which is owned ultimately by a government-linked company.

Last year, TK’s employers unilaterally decided that she was now required to work nine-hour shifts instead of eight-hour shifts, without any extra pay.

In response, TK took her employer to the Labour Court.

If somebody tried to bully me into working an extra hour every shift for free, I would have done the same.

The court ruled in TK’s favour and ordered the employer to pay her RM1,211 for the overtime she had worked.

Her employer refused. The company instead decided to appeal the case, evidently taking the position that RM1,211 in back wages is simply too much for them to pay.

Reading about this case made my head spin. It made me angry.

People in power love to wax and wane about how they applaud frontliners, light up bridges in their honour, and so on. This hypocrisy is insane when compared with the actual action taken by government-linked companies to deny honest wages for honest workers and the most powerless of all frontliners.

Anyone who works in a hospital today is much more exposed to Covid-19 than any of us, and hospital cleaners do some of the most unpleasant, least desirable work in hospitals.

It is not an exaggeration to say that our entire health system would collapse without cleaners. We rely on workers like them for our very lives, especially in this pandemic.

Surely it is fair for the public to be concerned when such a big and rich government-linked company like TK’s employers wants to drag one of those hospital cleaners through multiple layers of court just for RM1,211?

I’m not sure what this means Malaysia has lost. Our sanity? Our compassion? Our most basic tenets of honour and dignity?

TK is in fact one of many, many hospital cleaners who have been suffering since hospital cleaning was privatised. They have been struggling with working conditions, terms of employment, and intimidation in their efforts to fight back as a union.

TK herself faced added layers of intimidation as her manager discriminated against her because she was a transgendered person. Said manager allegedly pressured TK to change her clothes and cut her hair, and asked three other transgendered workers to quit. (This type of discrimination comes in the wake of the discrimination faced by Nur Sajat, who inexplicably has sparked of massive manhunt apparently involving hundreds of officers).

When pressed on this issue, TK’s employers responded with a verbose litany of words that were as politically correct and polished as they were ultimately empty and directing those with problems to the company’s whistleblowing channel on their website. It did not inspire confidence that the matter was being taken seriously.

All around the world, we are seeing the ascendency of predatory capitalism.

In her book The Value of Everything, economist Mariana Mazzucato differentiates the makers and the takers in an economy – those who produce value and those who extract it.

I find myself thinking about the types of people who make the decisions to deny people like TK her RM1,211 – a sum which must almost literally be like pocket change to them.

Officers in legal departments, all the way up to the CEOs of companies like the ones employing TK and further on to the top – in the Malaysia I want to live in, all these people would have a responsibility to protect people like TK.

Instead, in the Malaysia we currently live in, all these people can be considered complicit in this one company’s decision to try and squeeze so much out of people who have so little.

People like TK produce and make, while those looking to deny her that RM 1,211 only extract and take. Sadly, based on published salary estimations, the latter probably earns about as much in a minute what the former makes in an hour.

Think about that for a minute. It probably takes a top officer at TK’s company all of about eight minutes to earn the same amount of money it takes TK one whole day of work to earn. That same officer probably earns more in a day than TK earns in a month.

Despite this, they still want to push her more and more, and refuse to pay cleaners like her for honest work?

If you were paid one salary for working an eight hour shift, would you be willing to let your employers demand that you now work a nine hour shift for exactly the same pay? If we wouldn’t accept it, why should we let others bully TK and her colleagues into accepting it?

Malaysia will never progress as long as we let people with power bully people without power.

Even those extreme enough to suggest that hospital cleaners are not frontliners cannot possibly deny that actual healthcare workers are frontliners. When such frontliners speak up to complain about politicians facilitating the jumping of vaccination queues, who gets punished?

In today’s Malaysia, I suppose we are sadly not surprised that it is the whistleblower who gets punished instead of the wrongdoer.

I am obviously against any and all defamation or slander. I really find myself asking, though: What kind of sane person would risk their job and livelihood to falsely accuse a politician of jumping a vaccination queue? What on earth could such a person gain from making such a false accusation? Is there really zero fire to all this smoke?

In the Malaysia we know so well, is it really so inconceivable that politicians would abuse their power and seek to use vaccinations as a form of currency to distribute to their loyalists and patrons?

Already we have seen time and again that where the movement control order enforcement is concerned, a vastly different standard is applied to politicians than is applied to the rest of us.

As they risk their lives day after day for us, should we not listen carefully to what frontliners say is happening in front of their eyes rather than bring down the heavy hammer of gag orders and threats of punishment?

If I were a healthcare worker, this would crush what has already been seen to be dangerously low morale.

Frontliners in all shapes, forms, and sizes protect us from Covid-19 each and every single day. Surely the very least we can do is stand up and name and shame the people who are trying to bully them.

Nathaniel Tan works with Projek Wawasan Rakyat (POWR) and hopes that people will join the #JanganBullyFrontliners campaign. He tweets @NatAsasi, clubhouses @Nathaniel_Tan and can be reached at nat@engage.my. The views expressed here are solely his own and do not necessarily reflect those of Sunday Star. 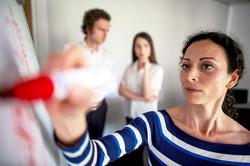 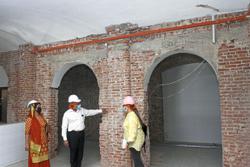