ONE of the more encouraging things that happened after the Sabah elections was the decision by former chief minister Datuk Seri Mohd Shafie Apdal to concede and accept his position as the new leader of the opposition in the state.

Notably, he said he would not attempt to buy over any assemblypersons in order to form a new government.

A cynic might say that it was less that Shafie refused to attempt such a buy-over because of his noble values, and more that he would not be able to succeed even if he attempted to do so.

As an outsider, I would have no idea which is true. All that we can comment on for now is his public declaration to accept the results of the elections.

In this sense, we are “lucky” that the Sabah elections resulted in a relatively clear majority – albeit possibly not one might call “strong, formidable, or convincing”.

The election results could have just as easily resulted in another hung assembly or razor-thin majority, throwing the state into another prolonged crisis.

In this sense, electoral reform NGO Bersih 2.0 was correct in its recent statement to say that snap elections do not necessarily solve political crises, because their results are unpredictable.

Bersih released this statement around the time that PKR president Datuk Seri Anwar Ibrahim announced that he now has the support of sufficient MPs to form a new government and take over the position of prime minister from Tan Sri Muhyiddin Yassin.

This announcement, if true, would put us at the brink of yet another snap election.

The primary and most obvious question before we even reach that stage, however, is of course whether Anwar does indeed have those numbers to begin with.

Comedian Dr Jason Leong wrote a recent tweet that was a short as it was astute: “The first sign of a failed coup is its announcement.” (For his lighter take on the same subject: https://twitter.com/DrJasonLeong/status/1309665284316430336).

I am not by any means against an Anwar-led government. I’m sure many will understandably look at it as a step forward.

That said, whether or not Anwar will make a good prime minister has little bearing on whether he will succeed in becoming prime minister, especially at this juncture.

The manner in which Anwar made his somewhat odd public announcement suggests a few possibilities.

I say odd because if Anwar had really crossed the finish line, both in terms of getting sufficient numbers and persuading the Palace to acknowledge his claim, then the announcement would have been “I have formed a new government” rather than “I am going to form a new government”.

It is a difference of a few words, but the gulf between those two statements could not be larger.

Coming back to those possibilities that we can infer from the announcement and the manner in which it was made:

First: Anwar does not actually have the numbers, and this announcement is something of a “publicity stunt” to give an impression of strength intended to persuade the last few MPs to help him cross the finish line.

Second: Anwar is having problems persuading the Palace, and thus made a public announcement in order to create a sense of pressure.

Neither of these possibilities look particularly good for Anwar.

A week or so after the announcement was made, Pakatan Harapan leaders from other parties are starting to give subtle and polite indications that they are not particularly convinced that Anwar has done it.

If this is what Pakatan leaders believe, we can only imagine what the general public believes. In this particular matter, there is an unfortunate element of the boy who cried wolf.

To study the numbers briefly, the statement from the Gabungan Parti Sarawak (GPS) coalition that was issued almost immediately after Anwar’s announcement denying that they are part of this coup had serious mathematical implications.

Without the Sarawak bloc, there are precious few combinations that would result in the “strong, formidable, and convincing” majority that Anwar claims to have.

Given the positions taken by Umno leaders in the wake of Anwar’s announcement, it is likely that only a reasonably large exodus from Umno would result in such a “strong” majority.

Long story short: would Anwar’s allies in Pakatan accept such an alliance? What price is too high for a new government?

Another theory of course is that Umno is merely using Anwar to force Muhyiddin to call for snap polls – polls they believe will ultimately benefit them the most.

As has been pointed out multiple times, even if Anwar manages to convince the Palace and the public that he has the numbers, this does not result automatically in Anwar becoming the new prime minister.

If my understanding of the law is correct, the King is not empowered to force the sitting Prime Minister to resign.

Arguably, the manner in which we changed government post-Sheraton Move was only possible because then Prime Minister Tun Dr Mahathir Mohammed unilaterally made the decision to resign from office, thus opening the door for the King to appoint a new prime minister.

Muhyiddin is unlikely to make the same mistake.

If (and this remains to be a big if) it can be proven that Muhyiddin has lost his majority, then he generally has two options: the first is to resign, like Dr Mahathir did; the second is to dissolve Parliament and call for snap elections, like Shafie did in Sabah.

In considering the second option, we would all do really well to consider the Covid-19 situation, especially after the Sabah elections.

I think there is no doubt whatsoever that the Sabah elections have aggravated the Covid-19 situation – not just in Sabah, but in the peninsula as well, as cases were brought back from Sabah to the peninsula by people campaigning in Sabah.

An acquaintance tweeted that politicking is literally killing us now.

(To be fair, we should also include as key factors our increasingly lax attitude towards crowds. With shopping malls and such operating at near pre-Covid levels, it is foolhardy to assume that masks alone are going to sufficiently halt the spread of Covid-19).

If the elections in one state alone can create such a worrying increase in Covid-19 cases, I shudder to think what the effects of nationwide elections would be.

I’m sure Anwar would like to take over the government without the need for snap elections, but if wishes were horses ....

Even if (and again, this is a big if) he had the numbers, the ensuing game of chicken and all that is at stake points more towards snap elections than to a quiet transition of power.

Malaysia has done remarkably well in comparison to other countries with regards to handling Covid-19. We have even thus far more or less miraculously avoided any second wave. Will we throw that all away because our politicians can’t put aside their differences to avert a national crisis? 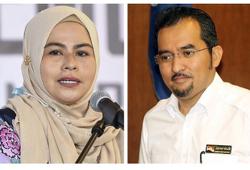 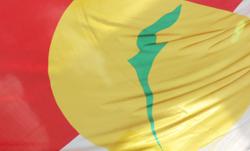