Lives and institutions that matter

THE filmed killing of George Floyd, an African American man, by a white police officer in Minneapolis, ostensibly because of the former’s alleged attempted use of a counterfeit note, has ignited protests across the United States, as well as physical and digital displays of solidarity worldwide.

The range of views about the initial incident and subsequent protests has been predictably wide, as blame is apportioned and ascribed for diverse social and political reasons; the role of social media campaigns being critiqued; the effect on US soft power rapidly being seen; and the ongoing coronavirus pandemic adding another layer of concerns and interests.

A number of Malaysians have been involved in the protests and social media campaigns.

Of greater relevance is how Malaysians interpret, contextualise and apply any lessons. While it is a good thing that discussions about institutional failure and systemic racism in Malaysia have been spawned, I recall the cautionary words of my British Nigerian friend – a lawyer now living in New York – that proposed solutions cannot easily be copied and pasted, because national, and even local, historical narratives matter.

The relationships within communities, between communities and the state, and the evolution of institutions are different from place to place. Thus there is an important distinction between expressing solidarity and importing foreign collective memories that could actually undermine decades of local community-building.

Not that collective memories are monolithic and uncontested in the first place: during a six-week fellowship across the United States in 2013, conversations with Native Americans revealed the complex relationship between the guilt over the legacy of slavery as contrasted against that of the conquest of Native American nations. With one of the Minneapolis police officers being an ethnic Hmong, the position of Asian Americans (itself hugely diverse) is also under the spotlight.

Casting my mind back to 2005-6, when I lived in Washington DC, I noted the strong polarisations in US society that were already evident, where passion over a single issue could irrevocably place you in a particular political camp.

Opposing forces were able to invoke the very same national symbols – the Constitution, the flag, the anthem – to convey completely different ideas. This endowed citizens on both sides with an equal sense of enraged righteousness.

I remember being told that if Barack Obama became president, then the US would have an opportunity to address these systemic weaknesses.

Whether he tried but failed, or whether he was complicit in perpetuating those weaknesses – it depends on your political persuasion (including within the Democratic Party) – what is happening in US today stems from the failure to adequately address those weaknesses.

In acknowledging that we continue to have systemic weaknesses in our country, we must highlight the importance of national institutions in being able to absorb, moderate, rectify and most importantly lead in addressing the many tensions and frustrations that citizens feel and wish to express.

If our institutions fail to do so, it will become even more difficult to fix later as trust dives inexorably downwards.

It is indeed frightening that some politicians feel that they can only succeed (whether for their own advancement or in their conception of national progress) by playing the race card, to the extent that what once were widely accepted understandings of our Federal Constitution and our national aspirations are being misinterpreted.

That is why it is so important for our principles and values to be confidently expressed on our terms: that the fundamental liberties articulated by our constitution are Malaysian concepts that all Malaysians desire and deserve; that the laws that create and regulate our police force are commensurate with this goal; and that the Malaysian government should always be held to account by the Malaysian Parliament.

As I wrote this, I was listening to the Spotify “Black Lives Matter” playlist. In addition to the musical genius of Stevie Wonder (who I heard live at Stadium Negara

as a kid), many songs are laden

with expletives and gunshots. I am thankful that, especially in this Raya period, the Malaysian songs on Spotify invoke hope rather than anger. I pray that our institutions will follow suit. 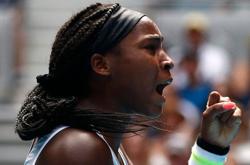 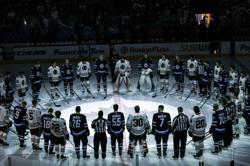