As Muslims begin their Ramadan obligations, they take comfort in the fact that the government is doing its best to stop the spread of the coronavirus.

THE beginning of Ramadan normally brings about a sense of unity on many levels, as Muslims embark on a month of fasting, abstinence and reflection.

With social circles and professional groups, solidarity comes from non-Muslims who join in the fasting to gain the health benefits and the satisfaction of discipline.

The nation enters a more contemplative period, though productivity continues (in some cases increasing). And worldwide, the ummah is able to appreciate that different traditions can happily co-exist alongside diverse cultural identities and under different governmental systems and geographies.

Having said that, even at the best of times, it is not rosy everywhere, with conflict, poverty and discrimination preventing Muslims from practicising their religious activities.

This, of course, is far from a normal year. The movement control order will prevent many families from sharing their first sahur or buka puasa together, though by now hopefully the majority have already adjusted to alternate ways of sourcing ingredients and meals.

There will be those who will lament the lack of a single buka puasa buffet but I am not one of them. (One observant reader has noted that every year, without fail, I will express my apathy for this social phenomenon.)

In Negri Sembilan, the Majlis Agama Islam has made clear that terawih prayers must only be performed at home, while other group religious activities are banned.

Zakat fitrah, a contribution from those fasting towards less fortunate Muslims, will only be payable according to the ability of the head of household to pay (at RM7 per head), and only via an online portal, which is significant because the contribution is normally made physically, with the donor holding the hand of a person entrusted to collect it.

This year the customary blasts of the cannon at the royal mosque in Seri Menanti to announce Ramadan will not take place. Sadly, the much-anticipated sessions of buka puasa, terawih and moreh that see the Yang di-Pertuan Besar and the royal family visiting mosques throughout the Luak Tanah Mengandung (the area surrounding the royal town) will not be possible, either. I shall miss experiencing the many peculiarities of these small villages.

Also, the Negri Sembilan state government has repeated that there will be no Ramadan bazaars, though online e-bazaars will be allowed.

The preparation of bubur lambuk will be restricted to caterers, rather than the traditional gotong-royong.

Although all these restrictions should come as no surprise to those observing (and applauding) the efforts of the authorities and frontliners, it is still startling to see the restrictions stated so explicitly.

To help individuals cope, much advice has been issued by imams, ranging from the practical to the spiritual, particularly, to make the most of the opportunity for peaceful contemplation and gaining inspiration from the Quran and hadiths.

It is relatively easy for Muslims to observe all these things here in Malaysia, and furthermore, to gain the understanding of our non-Muslim compatriots in doing so (just as last week, Muslims empathised with those celebrating Easter, Vaisakhi, Vishu and Puthandu).

Sadly, it is not the case everywhere. Indeed, it is easy to find (and some have been sent on WhatsApp) videos of hate-mongers using particularly vile language against ethnic and religious groups who are blamed for creating or spreading Covid-19.

In the United States there have already been many well-publicised incidents of racially aggravated assaults on people of apparent Chinese descent, even as geopolitics (and accelerating presidential campaigns) target China’s government – but for certain groups it is also an opportunity to attack Muslims.

One video surprisingly came from the United Kingdom, where ethnic minorities are very visible in senior cabinet positions (and the Prime Minister himself is descended from a senior Ottoman minister), oblivious to the fact that the first doctors and nurses to die, having caught Covid-19 from patients, were themselves Muslim.

Meanwhile, the accusation that Tablighi Jamaat deliberately spread the coronavirus has increased tensions in India.

Such accusations were not entirely absent here earlier on, but with evidence increasingly showing that Malaysia has performed well relative to other countries, and with government efforts receiving multiracial praise from many quarters (including returnees being quarantined), attempts to divide Malaysians have failed.

While nothing should detract from his skill and professionalism, the fact that our internationally recognised director-general of Health is a Chinese Muslim has not gone unnoticed, either. 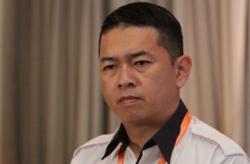 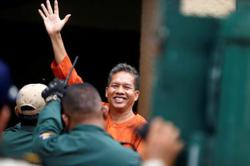