Making a small claim in court

Claims of RM5,000 or below need not be written off thanks to the small claims court. 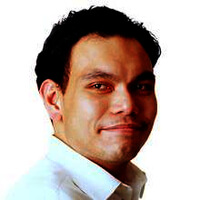 Let’s listen to one another

SOCIAL media has made the world smaller. Now, discourse and debates can occur across continents and time zones.

Rising above prejudice and suspicion

When our country’s harmony is threatened, the antidote will come from remembering our friends of all races and religions.

Last week, a businessman was acquitted of four charges of corruption involving RM49.7mil by the Sessions Court. The said businessman was at the centre of a controversy a couple of years ago, involving alleged improprieties where a company received public funds. These allegations were made by an Opposition MP, following from findings made by the Auditor-General at that time.

A social experiment in curating tweet sessions can teach a lot about the many different Malaysias that exist within our country.

It's time for netizens to change the way we react to perceived insults on social media.

THE authorities have finally acknowledged that for many Malaysians, crime is not merely a perception but a reality.

A legal eagle envisions the law-making body of the future