PARIS (Reuters) -French Foreign Minister Catherine Colonna summoned Iran's charge d'affaires in Paris on Saturday over the execution of a British-Iranian national accused of spying, the ministry said in a statement, expressing its indignation about the case.

"He was also warned that Iran's repeated violations of international law cannot go unanswered, particularly with regard to the treatment of foreign nationals whom it arbitrarily detains," the statement added.

Iran's judiciary said earlier in the day that Alireza Akbari, a British-Iranian national who once served as Tehran's deputy defence minister, had been executed, defying calls from London for his release.

Like other Western powers, France has sought to increase pressure on Tehran in recent months and President Emmanuel Macron has publicly expressed support for the opposition movement and women fighting for their rights in particular.

France last year said a total of seven French citizens were being held in Iran in what Paris has called arbitrary detention - a further sign of deteriorating relations between the two countries.

France lashed out at Iran on Oct. 6, accusing it of "dictatorial practices" and taking its citizens hostage after a video was aired in which a French couple appeared to confess to spying.

In January, two French nationals and a Belgian were indicted for espionage, according to reports.

(Reporting by Tassilo HummelEditing by Mark Heinrich and Christina Fincher) 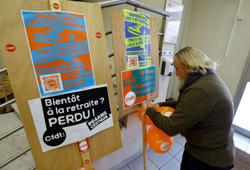 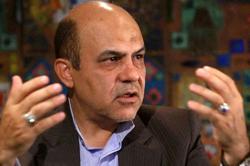