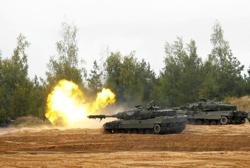 BERLIN (Reuters) - German Chancellor Olaf Scholz hopes to develop a missile defence shield in the next five years, he said in an interview with the Funke Media Group and French newspaper Ouest-France published on Thursday.

"Right now, the government is talking to the manufacturers of the various systems to get ready for concrete decisions," he said.

Scholz also reiterated his goal of boosting German defence spending to meet the 2%-of-GDP target set for NATO allies, including with the expansion of air defence for a so-called Sky Shield with other EU states. 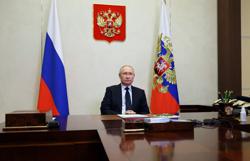