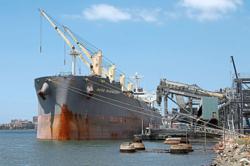 The national cabinet was expected to meet on Wednesday, with Albanese looking to forge consensus between the states and Canberra on reducing energy prices, which have risen sharply due to Russia's war in Ukraine.

Albanese said the meeting will now happen virtually on Friday.

"What we're looking at is trying to act before Christmas, which is what we said we would do ... there's no actual delay in anything," Albanese told ABC Radio.

Albanese has said his government is considering price caps on gas and coal, but some states have pushed back as it could hit the revenue they make from royalty payments from coal producers. Queensland and New South Wales states have said they would seek compensation from the federal government for any revenue loss.

A poll done for the Sydney Morning Herald newspaper out on Tuesday showed about 79% of voters back any move to impose price caps on energy companies.

Albanese said he would work from home though Australia ended its mandatory home quarantine rule in October.

It is the second time Albanese has contracted the novel coronavirus. He was forced to quarantine at home for one week in April in the middle of a federal election campaign which his Labor party won.

Australian families are battling higher living expenses and to tame soaring inflation the Reserve Bank of Australia is likely to raise rates on Tuesday by 25 basis points to 3.10% - its third such hike in a row after a succession of half-point moves.

The opposition Liberal Party urged Albanese to reconsider the decision to postpone the meeting. 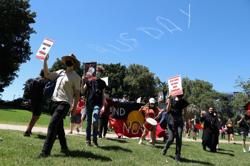