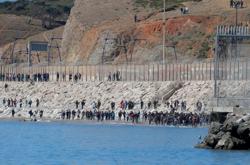 A Spanish Civil Guard vehicle enters the Torrejon de Ardoz Air Force Base after suspected explosive devices hidden in envelopes were mailed to the base, in the wake other packages sent to targets connected to Spanish support of Ukraine, amidst Russia’s invasion of Ukraine, outside Madrid, Spain December 1, 2022. REUTERS/Violeta Santos Moura

MADRID (Reuters) - Spanish police said six letter bombs that were sent to high profile targets in recent days had been posted from the northern city of Valladolid, El Mundo newspaper reported on Saturday.

The devices were sent to targets including Prime Minister Pedro Sanchez, the Ukrainian Embassy in Madrid, government offices, a European Union satellite company and the U.S. Embassy between Nov. 24 and Dec. 2.

Most were defused, although an employee at the Ukrainian embassy was slightly injured when one of the devices ignited.

The Spanish Interior Ministry said it was unable to comment on the report. 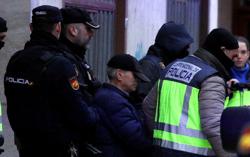