RAMALLAH/JERUSALEM, Nov. 30 (Xinhua) -- One Palestinian was killed on Wednesday during an Israeli raid in the northern West Bank, Palestinian and Israeli sources said.

The Palestinian health ministry said in a statement that Mohammad Tawfiq Badarna, 26, was killed after he was shot by Israeli soldiers in the chest during clashes with them in the village of Ya'bad, west of the West Bank city of Jenin.

According to eyewitnesses and local sources, an Israeli army force stormed the village to arrest Palestinians wanted by Israel for carrying out attacks against Israelis.

Meanwhile, an Israeli military spokesperson said in a statement that Israeli troops entered the city to arrest a wanted militant.

"During the activity, armed suspects fired at the soldiers and explosive devices were hurled in the area," the statement said, adding the Israeli soldiers fired back at the suspects and had the militant arrested.

The Israeli soldiers also confiscated an M-16 rifle and 50,000 new shekels (14,493 U.S. dollars) in cash that were designated for "terror activity," according to the statement.

On Tuesday, five Palestinians were killed and 15 injured in clashes with Israeli soldiers in the West Bank, according to the Palestinian health ministry.

Since January, more than 200 Palestinians have been killed by Israel, including 50 in the Gaza Strip, and 31 Israelis killed in Palestinian attacks, according to official Palestinian and Israeli statistics.

The tension between Israelis and Palestinians has been mounting since March, with Israeli military making daily incursions into the West Bank in response to attacks carried out by Palestinians. 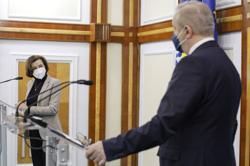