The estimated surplus is less than the C$13.2 billion surplus forecast in August, due to weakening global oil prices, but still marks a dramatic turnaround from recent years when Alberta posted sustained deficits.

Alberta's financial health is closely tied to oil prices, which soared this year after Russia's invasion of Ukraine disrupted global crude flows, and this fiscal year is the first time the province expects to post a surplus since 2014/15.

The government expects bitumen royalties to hit C$19.4 billion this year and said non-renewable resource revenues were the main driver of the surplus.

"This is good news for Albertans, as it allows for a timely response to the affordability crisis many of our families are facing," Alberta finance minister Travis Toews said in a news release.

The province is planning to use the surplus to pay down debt by C$13.4 billion in this fiscal year ending March 31, 2023, reducing debt to C$79.8 billion. However, it backed away from a commitment this year to put C$1.7 billion in Alberta's long-term Heritage Savings Trust Fund.

"I'm very pleased we're at a point where we can be discussing the tension between additional savings and additional debt reduction," Toews said about that decision at a news conference.

Premier Danielle Smith also announced inflation relief package this week, giving C$600 monthly payouts over the next six months to some Albertans including seniors and families with children under 18, earning under a certain threshold.

The Premier's office initially pegged the cost of the package at C$2.4 billion but Toews said it would cost C$2.8 billion. 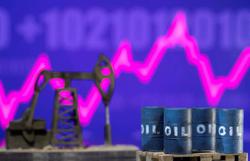