A police officer stands outside a day care center which was the scene of a mass shooting, in the town of Uthai Sawan, around 500 km northeast of Bangkok in the province of Nong Bua Lam Phu, Thailand October 6, 2022. REUTERS/Athit Perawongmetha

(Reuters) - A former policeman killed 38 people, including 22 children, in a knife and gun rampage at a daycare centre in Thailand on Thursday, later shooting dead his wife and child at their home, police said.

Here are details of previous school shootings and mass killings of children around the world:

- KABUL, AFGHANISTAN, May 8, 2021 - Three explosions by a school in Kabul killed at least 80 people, most of them schoolgirls.

- SANTA FE, TEXAS, May 18, 2018 - A 17-year-old student opened fire at his high school outside Houston, Texas, killing nine students and a teacher, before surrendering to officers.

- NEWTOWN, CONNECTICUT, Dec. 14, 2012 - A heavily armed gunman killed 20 children from five- to 10-years old and six others, in a rampage at Sandy Hook Elementary School in Connecticut.

- BESLAN, RUSSIA, Sept. 1 2004 - 186 children were among 333 hostages who died in a chaotic storming of School No.1 in Beslan, after it was seized by rebels demanding Chechen independence.

- LITTLETON, COLORADO, April 20 1999 - Two student gunmen killed 12 other students and a teacher at Columbine High School in Littleton, Colorado, before killing themselves. 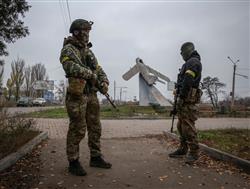