The Commercial Aircraft Corporation of China, the C919's developer, got the certificate from the Civil Aviation Administration of China (CAAC) on Thursday. It indicates that the C919's design meets airworthiness standards and environmental requirements.

"The type certificate approval means the C919 has the 'certificate of entry' into the civil aviation market," said Yang Zhenmei, a senior CAAC official in charge of airworthiness certification.

The C919 has to get another two certificates during airworthiness certification, the prerequisite step for civil aircraft entry into the market.

The plane conducted its successful maiden flight in 2017.

In the following five years, the C919 did six test flights in different locations to test the plane's capabilities.

Through tests in various types of extreme natural environments such as high temperature and high humidity, the safety, reliability, and environmental protection performance of the C919 have been comprehensively assessed, Yang said.

After completing airworthiness certification, a civil aircraft will need to go through product delivery and operation preparation before being put into commercial operation.

The C919 currently has 28 customers with orders totaling 815 planes. 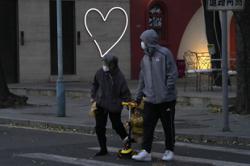