WASHINGTON, Aug. 19 (Xinhua) -- The number of gunfire incidents surged in schools across the United States during the last academic year, according to a report released on Friday.

There were 193 incidents of gunfire at preschools and K-12 schools, that left 59 people shot and killed, and 138 people shot and wounded between Aug. 1, 2021, and May 31, 2022, said the report, published by Everytown For Gun Safety, an American organization that advocates against gun violence.

"School gun violence is preventable -- we don't have to live like this, and our children and educators should never die like this," said Shannon Watts, a gun control activist and founder of Moms Demand Action for Gun Sense in America.

Findings in the report also confirmed four trends about school gun violence -- those discharging guns on school grounds often have a connection to the school; guns used in incidents generally come from the home, family, or friends; shooters nearly always exhibit warning signs; and gun violence in American schools has a disproportionate impact on students of color.

"For far too long, gun violence has been a dangerous reality in the daily lives of students and educators," Becky Pringle, president of the National Education Association, said in a statement.

An Oklahoma mom has gone viral this month on TikTok after posting a video that showed her going over active shooter drills with her 5-year-old son as he prepares to go to school.

In the video, which has over 1.5 million likes, Cassie Walton asked her son Weston what he would do if he heard the teacher announce a shooting.

Weston is seen crouching in a corner of his bedroom and using an alleged bulletproof backpack as a shield to protect himself.

The young mother also told her son to "stay absolutely silent" if a shooter is in the classroom and the police officers are outside the door asking if anyone is inside.

"This is terrifying but it's our reality AND IT SHOULDN'T BE," one comment below the video on TikTok read.

Monica Hesse, an author from Normal, Illinois, tweeted on Thursday that even her 13-month-old baby had "experienced her first active shooter lockdown at daycare due to an alleged gunman at the mall next door."

"The safety plan involves putting the babies in rolling cribs to escape," Hesse wrote. "They are too young to walk but not too young to be shot at in America."

In May, a gunman broke into an elementary school in Uvalde, Texas, killing 19 children and two teachers in a rampage that has triggered nationwide demonstrations against gun violence and political inaction.

A Texas House committee released in July a comprehensive report on the massacre, concluding that "systemic failures" had led to the deadliest school shooting in the state's history.

As many as 376 law enforcement officers rushed to Robb Elementary School shortly after the 18-year-old shooter opened fire, according to the 77-page report. However, none of them was able to subdue the gunman before he carried out the attack.

There was no clear leadership, no basic communications, and no sufficient urgency to stop the shooter in a chaotic and uncoordinated scene lasting for more than an hour, the report read.

U.S. President Joe Biden signed into law in June what has been described as a gun safety bill, but he acknowledged "there's much more work to do."

Gun violence has taken at least 28,000 lives so far this year, including more than 1,000 kids and teenagers, according to the latest data from Gun Violence Archive. 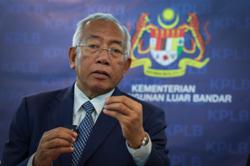