LONDON (Reuters) -British police charged a 38-year-old man who is accused of being a member of an Islamic State cell dubbed The Beatles with terrorism offences on Thursday after he was deported to England from Turkey.

Prosecutors said they had originally authorised the charging of Aine Davis under terrorism laws in 2014. After being deported by Turkish authorities he was arrested on his arrival at Luton Airport and will appear in a London court on Thursday morning.

The IS cell was called "The Beatles" by hostages in Syria because of their British accents. The BBC reported on Thursday that Davis had denied being part of the group.

(Reporting by Shivam Patel in Bengaluru and Kate Holton in London; Editing by Raissa Kasolowsky and Mark Heinrich) 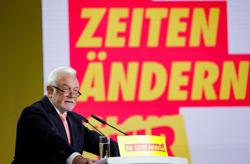