The victim was a 13-month-old baby, according to a press release of the National Public Health Organization (EODY).

Another 11 probable cases have been reported in Greece in recent months, the EODY added.

To date, thirty-three countries have reported 920 probable cases of severe acute hepatitis of unknown aetiology in children, the World Health Organization (WHO) said in late June. Two percent of these cases turned out to be lethal and 5 percent of the patients underwent liver transplant. 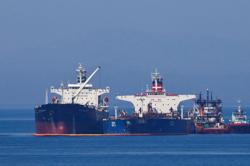