Approved by Cuba's Council of Ministers, the newly added protected areas cover more than 20 percent of the inland bodies of water and over 15 percent of the national territory, according to local newspaper Juventud Rebelde.

The measure follows the approval by the National Assembly of People's Power of a new environmental law to replace legislation dating from 1997.

In 2021, Cuba designated 26 new protected areas, largely in the eastern provinces of Las Tunas and Guantanamo.

Over the past few years, the Caribbean nation has stepped up the environmental protection of national parks, nature reserves and wildlife refuges in keeping with sustainable development principles.

At the local level, authorities continue to work to implement a national government program launched in 2017 to mitigate the impact of global warming due to climate change and rising sea levels. 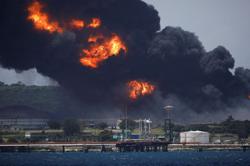