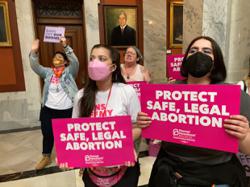 (Reuters) - Florida's ban on abortions past 15 weeks of pregnancy is now in effect after a court order blocking its enforcement on Tuesday was automatically put on hold.

Circuit Court Judge John Cooper said last week that he would grant the request of state abortion providers to temporarily block enforcement of the ban, which first took effect on Friday.

Cooper filed his injunction order on Tuesday, and the Republican-led state appealed almost immediately. Under state law, the appeal triggered an automatic freeze of the judge's injunction, allowing the ban to take effect.

The plaintiffs plan to seek reinstatement of the injunction.

"The trial court correctly recognized this law as a blatant violation of Floridians’ state constitutional rights, and we’re determined to get it blocked for good," representatives for the plaintiffs, including the ACLU of Florida and the Center for Reproductive Rights, said in a statement.

Neighboring states have strict abortion limits. Florida has long been a destination for women across the Southeast seeking to end pregnancies in their second trimester. Previously, Florida permitted abortion up to 24 weeks.

Florida’s new law makes exceptions to the 15-week rule only in cases in which the mother is at risk of death or permanent injury, or the fetus has a fatal abnormality. No exceptions for rape or incest are included.

The legal battle in Florida is the latest in a rush of litigation by abortion rights groups seeking to preserve abortion access after the U.S. Supreme Court's historic decision on June 24 to overturn Roe v. Wade, the 1973 ruling that established the right to have an abortion under the U.S. Constitution.

The ruling gave states permission to ban abortion and nearly two dozen Republican-led states are now trying to do so, or have done so already.

A Mississippi judge on Tuesday heard arguments from the state's only abortion clinic in its case to block enforcement of that state's trigger ban, which was designed to ban abortions once the Supreme Court overturned Roe. The ban is due to go into effect this week. 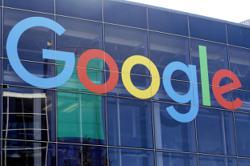 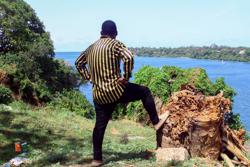