By Wendell Roelf and Emma Farge

GENEVA (Reuters) - Arbitrary detention of civilians has become "widespread" in parts of Ukraine held by Russia's military and affiliated armed groups, with 270 cases documented, the U.N. human rights chief said on Tuesday, unveiling plans to boost monitoring in the country.

The findings were based on information from monitors' field visits and interviews conducted with just over 500 victims and witnesses of human rights violations, as well as other sources of data, U.N. High Commissioner for Human Rights Michelle Bachelet told the Geneva-based Human Rights Council.

"Despite restrictions on access, we have documented 270 cases of arbitrary detention and enforced disappearance. Eight of the victims were found dead," Bachelet said in an update on the situation in Ukraine in the period from Feb. 24 to May 15.

In a speech at the same session, Ukraine's Deputy Foreign Minister Emine Dzhaparova accused Russia of kidnappings on a "massive" scale, including of Kherson's mayor Ihor Kolykhayev, and called for their immediate and unconditional release.

Russia's envoy said that Bachelet's report, which described detentions as widespread in areas held by Russian forces and their allies, was part of a disinformation campaign against his country designed "to cover up the crimes of the Kyiv regime". Moscow has denied deliberately attacking civilians since invading on Feb. 24.

Russian forces struck targets across Ukraine's eastern Donetsk region on Tuesday to prepare the path for an expected armoured thrust to try to take more territory as the five-month-old war entered a new phase.

The U.N. human rights office, which has maintained a presence in Ukraine since 2014, has not yet been provided access to territory occupied by Russian armed forces, Bachelet said.

She also said her office was increasing its presence in the country. A U.N. rights spokesperson added that it planned to boost its monitoring team in Ukraine to 80 people from about 55, without giving a timeframe. It has documented some 4,889 deaths of civilians so far, Bachelet said, stressing that the actual figures were "likely considerably" higher.

The high number of civilian casualties and scale of destruction raise "significant concerns" that attacks conducted by Russian armed forces are not complying with international humanitarian law, Bachelet said, adding that the Ukrainian military also appeared to be involved in similar violations in the eastern parts of the country, but on a "much lower scale". 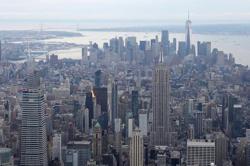