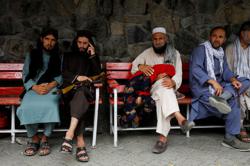 KABUL (Reuters) - At least one participant at a gathering organised by the Taliban of 3,000 male religious and ethnic leaders from across Afghanistan called on Thursday for high schools for girls to reopen.

It was the first such gathering to take place since the Islamist group took over the country in August.

The Taliban in March backtracked on their announcement that high schools would open for girls, saying they would remain closed until a plan was drawn up in accordance with Islamic law for them to reopen.

The u-turn left students in tears and drew condemnation from humanitarian agencies, rights groups and diplomats.

"They will learn and will be a good guide for their children in society," said Sayed Nassrullah Waizi, from central Bamiyan province, in calling for the schools to open.

It was not clear how much support this sentiment would receive or how a decision on the issue might be reached.

International governments, particularly Washington, have said the Taliban needs to change its course on women's rights to roll back the enforcement of sanctions that have severely hampered the banking sector.

Afghanistan is in a deep economic crisis as billions in central bank reserves have been frozen and international sanctions enforced on the banking sector after the Taliban took control.

The country's acting prime minister said in a speech at the gathering in the capital Kabul that it was aimed at addressing challenges and strengthening the administration.

"The Islamic Emirate of Afghanistan is trying to solve all problems ... this government has been reached after a lot of sacrifice, we should work together to strengthen it," Mohammad Hasan Akhund said.

Some local media reported sounds of continuous gunfire near the gathering. A Taliban administration spokesman said there was no issue, that security was very high and the sounds of gunfire was due to a mistake by security guards.

The gathering appeared similar to a "loya jirga", a traditional form of decision making in Afghanistan that some leaders, including former republic President Ashraf Ghani have used.

Foreign states have called for an inclusive Afghan government. Key ministerial roles are held by Taliban members in an acting basis and the group has ruled out elections. 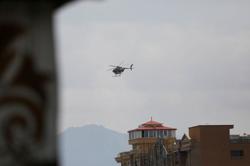