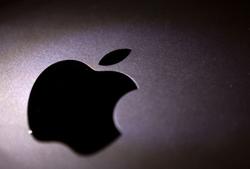 SAN FRANCISCO, June 28 (Xinhua) -- Amazon announced on Tuesday that more than 25,000 employees have joined Amazon Career Choice this year, bringing worldwide total participation to over 80,000 employees since the enhancements were announced last September.

All 750,000 U.S. hourly employees are eligible to participate in Career Choice 90 days after starting at Amazon, the company said.

Employees can take classes online, in person at a local campus, or on site at one of the more than 110 Career Choice classrooms located in Amazon fulfillment centers in 37 states.

"We've been listening to employees about the benefits that are important to them, and the 45 percent increase in Career Choice participants in just six months shows that we're offering the kind of educational programs and upskilling opportunities they're asking for from their employer," said Tammy Thieman, global program lead of Amazon's Career Choice program.

Career Choice is one of nine free skills training and education programs offered to Amazon employees as part of its upskilling 2025 pledge to invest 1.2 billion U.S. dollars and upskill 300,000 people in the next three years, according to the company.