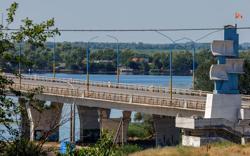 KYIV (Reuters) - Two Russian missiles struck near the central Ukrainian city of Cherkasy on Sunday, killing one person and wounding five others, the regional authorities said.

Cherkasy has been largely untouched by bombardment since the war started in February, but Russia has stepped up missile attacks across Ukraine this weekend.

"Today, the enemy launched missile attacks on the Cherkasy region. There are 2 strikes near the regional center. One dead and five wounded. Infrastructure damaged," said regional governor Ihor Taburets on the Telegram app. 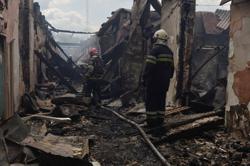