That compared with a 6.6 percent year-on-year growth in March, according to the department's Bureau of Economic Analysis.

Excluding the volatile food and energy, the core PCE price index increased 4.9 percent in April from a year ago, compared with 5.2 percent in March, a hint of moderation in prices.

"So far in 2022, inflation has outpaced income, yet real consumer spending has increased every month this year," Tim Quinlan and Shannon Seery, economists at Wells Fargo Securities, wrote in an analysis.

"For real spending to be sustained, we'll need to see income outpace inflation. That happened in April for the first time since October 2021," said Quinlan and Seery.

Despite a moderation in prices, inflation remains persistently high. There is a high probability of a 0.5 percentage point rate hike at the central bank's policy meeting in June and July, as signaled by Fed Chair Jerome Powell, and the minutes of the Fed's May 3-4 meeting.

"Most participants judged that 50 basis point increases in the target range would likely be appropriate at the next couple of meetings," said the minutes released Wednesday.

"In light of continuing inflation risks, members judged that it would be appropriate for the post-meeting statement to note that the Committee is highly attentive to the upside risks to inflation," it added, referring to the Federal Open Market Committee.

Economists at the Wells Fargo Securities forecast consumer spending will downshift over the next several quarters, "particularly as rate hikes begin to ratchet up the cost of credit."

"The Fed's shift to a more hawkish monetary policy stance to deal with an inflation rate at its highest rate since 1981 already seems to have started bursting the equity bubble," Desmond Lachman, senior fellow at the American Enterprise Institute and a former official at the International Monetary Fund, told Xinhua.

Since the start of the year, the S&P 500 has lost roughly 20 percent of its value, while the tech-heavy Nasdaq has lost more than 25 percent.

"Together with the similar decline in the bond market and the 50 percent drop in the Crypto currency market, I estimate that the Fed's tightening in monetary policy has wiped out around 12 trillion dollars or 50 percent of GDP in household financial market wealth," Lachman said.

"This heightens the chances of a recession since households will now cut back on consumer spending in order to rebuild their savings," Lachman said, adding that households are already cutting back on spending since their wages are not keeping up with inflation. 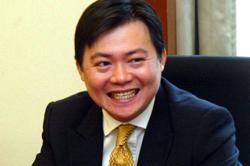