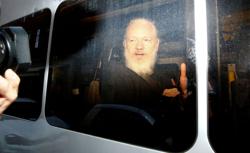 HAVANA (Reuters) -A bloc of leftist countries meeting in Havana on Friday condemned the exclusion of certain nations from next month's Summit of the Americas, after the United States said it only wanted leaders of governments that respect democracy to attend.

The United States will host the Summit of the Americas from June 6 to 10 in Los Angeles, and has said it will not invite the governments of Venezuela or Nicaragua. The summit coordinator said it was up to the White House whether it would invite Cuba but said Cuban civil society activists had been asked to attend.

Cuban President Miguel Díaz-Canel said this week that he would not attend under "any circumstances" even if invited. Late on Friday, one activist in Cuba alleged state security had told her she would not be allowed to attend either.

The 10 countries known as the ALBA bloc - including Cuba, Venezuela and Nicaragua - issued a statement from Havana saying they "reject the exclusions and discriminatory treatment at the so-called Summit of the Americas in Los Angeles."

In addition, they described the exclusion as "arbitrary, ideological and politically motivated" and said "this unilateral decision constituted a serious historical setback in hemispheric relations."

Shortly beforehand, in a broadcast speech, Venezuelan President Nicolás Maduro described the upcoming summit as "erratic." He applauded other nations such as Mexico, which is not a member of ALBA, that had "stood up to raise the voice of the truth of an entire continent."

The White House and U.S. State Department did not immediately respond to requests for comment.

Mexican President Andrés Manuel López Obrador, along with the leaders of Bolivia and several other countries, have threatened to boycott the summit if certain countries are excluded.

This week, Reuters confirmed that 13 of the 14 countries of the Caribbean community, which does not include Cuba, were planning to attend the Los Angeles meeting.

The United States has not made public which Cuban civil society activists had been invited to attend the Summit of the Americas.

Saily Gonzalez, a Cuban entrepreneur and one-time member of a dissident group that called for protests in Cuba last November, posted an image of her invitation, dated May 20, on social media late on Friday.

In a subsequent post, she alleged that Cuban state security had contacted her family and notified her that she would not be permitted to pick up her visa at the U.S. embassy for the trip because of her involvement in a legal case related to the November call for protests.

The Cuban government did not immediately respond to a request for comment on Gonzalez's statements.

Gonzalez said on Twitter that she had planned to fly at midday on Saturday from Havana to the United States.

@USEmbCuba, I maintain the intention of being able to participate as planned in the event that will take place in Los Angeles on June 6," she said on Twitter.

The U.S. State Department did not immediately respond to a request for comment on Gonzalez's situation.

(Reporting by Nelson Acosta and Dave Sherwood in Havana; additional reporting by Matt Spetalnick in Washington; writing by Isabel WoodfordEditing by Marguerita Choy and Sam Holmes) 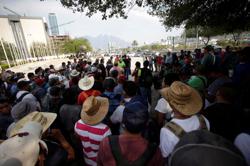