By Uditha Jayasinghe and Devjyot Ghoshal 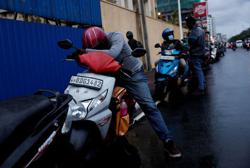 People wait in a line to buy domestic gas tanks near a distributor, amid the country's economic crisis, in Colombo, Sri Lanka, May 23, 2022. REUTERS/Dinuka Liyanawatte

COLOMBO (Reuters) - Long queues snaked around gas stations in Sri Lanka's commercial capital and its outskirts on Monday even though the island nation's government was scrambling to deliver fuel supplies and douse any unrest as it battles a devastating economic crisis.

Kanchana Wijesekera, Sri Lanka's minister for power and energy, said supplies of 95-octane gasoline, mostly used in cars, had been received and were being distributed across the country of 22 million people that has been struggling with fuel shortages for months. 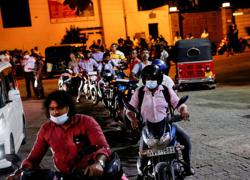 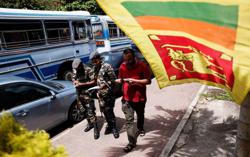