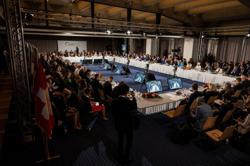 FILE PHOTO: People walk their bikes across the street as smoke rises above a plant of Azovstal Iron and Steel Works during Ukraine-Russia conflict in the southern port city of Mariupol, Ukraine May 2, 2022. REUTERS/Alexander Ermochenko

(Reuters) - Russia heads into the fourth month of its invasion of Ukraine on Tuesday with no end in sight to the fighting that has killed thousands, uprooted millions and reduced cities to rubble.

After abandoning its assault on the capital, Kyiv, Russia is pressing on in the east and south in the face of mounting sanctions and a fierce Ukrainian counter-offensive bolstered by Western arms. 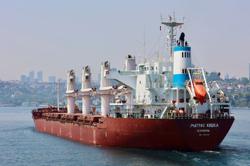