SAN FRANCISCO, May 20 (Xinhua) -- Students at public schools in Berkeley, in the western U.S. state of California, will be required to wear masks in indoor spaces starting Monday through the school year which ends June 3, as COVID-19 cases surge in the community, according to an announcement Friday from Berkeley Unified School District officials.

Mask wearing is required at all indoor school events, including graduation ceremonies that take place at facilities off-campus, the announcement said. Berkeley Unified was among the Bay Area school districts that lifted the mask mandate in classrooms in early March.

City Superintendent Brent Stephens said the city's health officer Lisa Hernandez made the recommendation. "Our collective goal in the final weeks of school is to ensure the last two weeks and accompanying celebrations can be attended by as many of our students and families as possible," Stephens said.

Berkeley schools are experiencing "a significant increase in cases of COVID-19 among students and staff," he noted.

Across the Bay Area, there were 472 people with COVID-19 in hospitals, up nearly 20 percent from a week ago, the report said.

On Friday, the region reported an 80 percent increase in its new case rate from a week earlier, with hospitalizations as high as in mid-March. 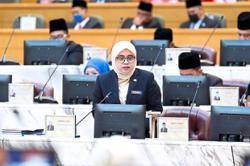