KABUL (Reuters) - The Taliban in Afghanistan have mediated a temporary ceasefire between Pakistan and a local Pakistani Taliban militant group following talks between the two sides in Kabul, an official said on Wednesday.

The Pakistani Taliban - known as the Tehreek-e-Taliban Pakistan (TTP) - has carried out some of the bloodiest attacks inside Pakistan since 2007. It is not directly affiliated with the Afghan Taliban, but pledges allegiance to them. 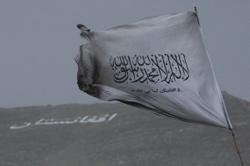