The funding comes from the Outdoor Recreation Legacy Partnership Program, administered through the National Park Service, which provides 61 million dollars in awards to 26 cities across the United States to establish or renovate new and existing parks, according to the announcement.

"As someone who grew up in the Western Addition, I am proud to see this community-focused project move forward," said Breed. "Parks and public spaces are critical for the development and well-being of our communities, and as we continue to recover from the pandemic, we need to ensure that we are investing in public spaces for all San Franciscans to grow and thrive." 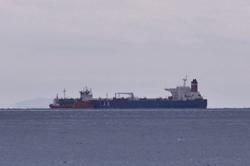