WARSAW (Reuters) - A group of around 200 migrants tried to break through the fence on the Polish-Belarus border on Wednesday evening, the Border Guard said on Thursday, as tensions simmer in a crisis regional powers have warned could spill into a wider conflict.

The incident near the village of Czeremcha was one of the daily confrontations between groups of migrants under the supervision of Belarusian soldiers and Polish forces, which the European Union says is part of a "hybrid war" Minsk designed to destabilise the bloc and hit back against sanctions.[L1N2SF1M7]

"They were trying to break through the border, attacking the border," Border Guard spokeswoman Anna Michalska told Reuters. "They were throwing branches and stones and the attempt was stopped by our officers."

Michalska said the migrants had flattened a section of the fence with logs in their bid to get across. She said five migrants had been sent to hospital suffering from exhaustion. 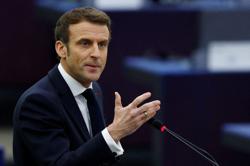 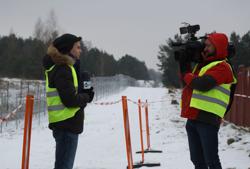