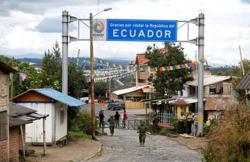 Indigenous demonstrators protested this week against Lasso's increase of the price of gasoline extra, a cheaper gasoline that is Ecuador's most-used fuel, to a fixed $2.55 a gallon, and diesel to $1.90 a gallon.

The protesters argue the increased cost falls unfairly on regular citizens already struggling economically because of the COVID-19 pandemic.

Lasso, a conservative ex-banker who took office in May, was under pressure from unions and others to freeze incremental gasoline price increases begun by his predecessor last year.

"We are going to return to our homes," said Ecuador Confederation of Indigenous Nations president Leonidas Iza from the central province of Chimborazo, adding protests are not over.

Indigenous leaders will evaluate Lasso's invitation to talk and will decide between themselves whether or not to attend the meeting, they said.

"The acceptance will be from the people, not the leaders," Iza said.

The indigenous protest has not received wide support across Ecuador, according to the government, which has insisted it will use security forces to maintain order. 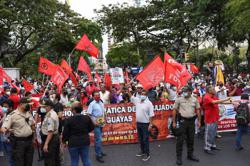