SINGAPORE (Reuters) - Singapore authorities have charged two individuals in court for alleged corruption in relation to the trade and supply of marine fuels, the Corrupt Practices Investigation Bureau (CPIB) said in a statement.

Afzal Bin Mohamed Ekbar, a bunker trader at KPI Bridge Oil Singapore Pte Ltd at the time, had allegedly obtained at least $191,000 on multiple occasions between 2017 and 2018 from the director of Straits Bunkering Pte Ltd, Shafiq Bin Nezammuddin, as kickbacks for nominating Straits for the supply of bunker fuel to KPI's customers, the CPIB statement said on Tuesday.

"Afzal had also allegedly obtained a gratification in the form of a S$90,000 (about $67,000) loan from Shafiq as an inducement for the same purpose," the statement said.

In addition, Afzal had allegedly given gratifications totalling about $165,000 to other individuals on multiple occasions as "inducements or rewards for them to place orders with KPI for the supply of bunker fuel."

KPI Bridge Oil and Straits Bunkering did not immediately respond to requests for comment.

In September, authorities sentenced nine people to up to three years in jail for cheating buyers out of $337,000 worth of shipping fuel. 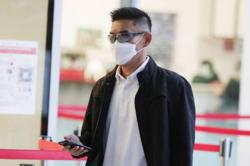