FILE PHOTO: The YouTube app logo is seen on a smartphone in this picture illustration taken September 15, 2017. REUTERS/Dado Ruvic/Illustration

"YouTube has always had clear community guidelines that outline what is allowed on the platform," said a spokesperson.

Initially RT's German channel was issued a strike for uploading content that violated YouTube's COVID misinformation policy, resulting in a suspension of posting rights on the platform for a week.

During that suspension, the Russian broadcaster tried to use another channel to circumvent the ban on uploading.

All videos uploaded to YouTube must comply with its guidelines which sets up the type of content allowed to be on the platform. 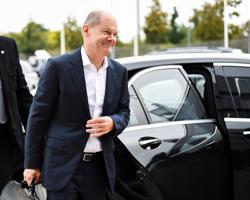