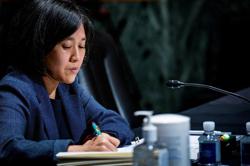 WASHINGTON (Reuters) - The plan by Myanmar's ruling generals to hold elections in two years shows they are stalling for time and the need for Southeast Asian countries to step up pressure on them, a senior State Department official said on Monday.

"It's clear that the Burmese junta is just stalling for time and wants to keep prolonging the calendar to its own advantage," the official told reporters ahead of a meeting this week between the United States and the 10-member Association of Southeast Asian Nations, which includes Myanmar.

"So, all the more reason why ASEAN has to engage on this and ... uphold the terms of the five point consensus that Myanmar also signed up to," he said referring to a plan by ASEAN leaders to tackle the turmoil.