By Pilar Olivares and Jimin Kang Felipe Luther, 37, a scholarship student at Pontifical Catholic University of Rio (PUC-Rio) who also works as a street-sweeper, uses his cellphone to take part in an online class for his university, as he holds his dog Mel at his home in Belford Roxo, near Rio de Janeiro, Brazil, December 9, 2020. REUTERS/Pilar Olivares

RIO DE JANEIRO (Reuters) - Felipe Luther spends his afternoons studying for a degree from one of Brazil's top universities, tucked in the green hills of Rio de Janeiro above the ritzy beaches of Leblon and Ipanema.

He spends his nights hauling trash in those wealthy communities below.

"When I tell my classmates about my job, they're often shocked," Luther said in an interview.

In 2017, he got a full scholarship to the social sciences program at the Pontifical Catholic University of Rio (PUC-Rio), a private school that has minted central bank presidents and movie stars.

Luther's rare opportunity and daily routine are reminders of the disparities in Brazilian society and Rio in particular, where a police raid https://www.reuters.com/world/americas/20-dead-rio-de-janeiro-shootout-paper-2021-05-06 killing dozens in May stirred fresh debate about the dangers and disadvantages facing Black men like him.

Luther, 38, had previously passed up college for work to support his family, including a job sweeping streets with the municipal cleaning agency since 2009.

"Many students like me start working when they are very young," said Luther, who comes from humble roots in the northern reaches of Rio, more than two hours from campus. "This reduces the time and structure they need to be able to compete with children of the elite."

Studying at PUC-Rio has put Luther's dreams within reach, while bringing him face-to-face with the overwhelmingly white elite of a country where 54% of people have African ancestry.

In 2000, the national census found white Brazilians were five times more likely to have attended university than their Black, mixed race and indigenous peers.

"Because there are so few Black people at this renowned university, many view Black folks as servers, not as fellow classmates," Luther said, recalling awkward run-ins on campus.

In one case, a woman mistook Luther for an elevator operator. In another, someone tried to pay him for a cup of coffee, confusing him with cafeteria staff.

"It hurts, in a way, because you get the impression that you don't belong there," he reflected.

Brazil's educational inequalities have only grown during the pandemic, as remote classes force students to rely on resources at home, widening a gap between the haves and the have-nots.

For months, Luther was reading at night by candlelight in Niterói, across the bay from campus, where his student residence often lacked power. He charged his phone and laptop at work and used them to study until his street-sweeping shift from 9 p.m. to 5 a.m.

"For my course, which demands a lot of reading, I need a better computer than the one I got. But some people aren't even given a computer," he said, noting the array of challenges for disadvantaged students forced to study from home. "Not all phones are good enough for working, and not everyone has a phone ... or enough internet data to download their readings."

Recent events in Rio have underscored even greater challenges Luther faces as a Black man.

In May, police stormed Jacarezinho, a poor community in northern Rio, in a raid targeting the Red Command drug gang. The hours-long shootout killed 27 men in the neighborhood and one officer, making it one of the deadliest police operations in the city's history and drawing backlash from human rights groups.

Luther, who has two sisters living a few minutes from Jacarezinho, joined a demonstration in Rio the week after the deadly raid, using the official anniversary of abolition in the country to protest police violence against Afro-Brazilians.

"NO to genocide against Black people," read one protestor's sign.

Luther said he lives in constant fear of police violence and makes a point of staying off the streets in certain neighborhoods at night.

"Even if I were rich or very famous, I would still be living in a Black body in a city, a state, a country where Black people seem expendable," he said.

More than three-quarters of the almost 9,000 people killed by Brazilian police over the last decade were Black men, according to Human Rights Watch.

Despite threats, Afro-Brazilian culture continues to thrive in Brazil as it has for centuries.

Twice a week, Luther visits a local "terreiro" to practice Umbanda, a religion with origins in West African spiritual traditions. Dressed in all-white clothing with beaded necklaces hanging over his chest, Luther participates in dances, songs and rituals with fellow believers.

"It connects me with my ancestry," he said.

Popularized in Rio in the 1930s, Umbanda, like fellow Afro-Brazilian religion Candomblé, has roots in the transatlantic slave trade, which brought as many as 5 million enslaved people from Africa to Brazil – 10 times the number brought to the United States.

Those who sought to practice their rituals free from the harassment by Europeans would blend their native traditions with elements of Catholicism, creating syncretic religions now practiced by over half a million people in the country.

Brazilian churches often serve as community centers, like the one where Luther took a free college prep course in 2017, setting him on his journey to PUC-Rio.

Once he gets his degree, Luther says one of his goals is to begin teaching college prep courses in low-income communities, opening the door for the next generation of aspiring students.

"I want to give back to other young people by allowing them to hope that this is possible," he said. 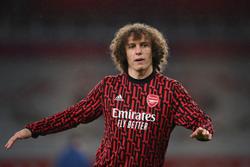