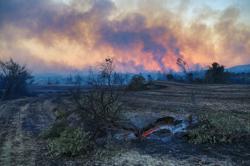 BERLIN (Reuters) - The European Union should update its migration pact with Turkey, European Commission President Ursula von der Leyen said on Tuesday ahead of an EU summit set to discuss a renewal of the deal.

"It is important that we continue to support Turkey, with 3.7 million Syrian refugees living there, some of whom have been in Turkey for 10 years," von der Leyen told reporters on a visit to Berlin.

"We won't need as much acute humanitarian aid as in the past, but the people need to have a perspective," she said. 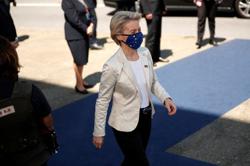