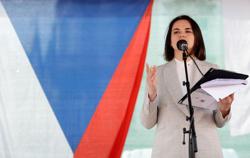 FILE PHOTO: Belarus President Alexander Lukashenko attends the Roundtable Summit Phase One Sessions of Belt and Road Forum at the International Conference Center in Yanqi Lake on May 15, 2017 in Beijing, China. REUTERS/Lintao Zhang/Pool

BRUSSELS (Reuters) - The European Union is readying a fourth round of sanctions against senior Belarus officials in response to last year's contested presidential election and could target as many as 50 people from June, four diplomats said.

Along with the United States, Britain and Canada, the EU has already imposed asset freezes and travel bans on almost 90 officials, including President Alexander Lukashenko, following an August election which opponents and the West say was rigged.

Despite a months-long crackdown on pro-democracy protesters by Lukashenko, the EU's response has been narrower than during a previous period of sanctions between 2004 and 2015, when more than 200 people were blacklisted.

The crisis has pushed 66-year-old Lukashenko back towards traditional ally Russia, which along with Ukraine and NATO member states Latvia, Lithuania and Poland, borders Belarus.

Some Western diplomats say Moscow regards Belarus as a buffer zone against NATO and has propped up Lukashenko with loans and an offer of military support.

Poland and Lithuania, where opposition leader Sviatlana Tsikhanouskaya fled to after the election she says she won, have led the push for more sanctions amid frustration that the measures imposed so far have had little effect.

"We are working on the next sanctions package, which I hope will be adopted in the coming weeks," said EU foreign policy chief Josep Borrell, who chaired the meeting.

The EU has sought to promote democracy and develop a market economy in Belarus, but, along with the United States, alleges that Lukashenko has remained in power by holding fraudulent elections, jailing opponents and muzzling the media.

Lukashenko, who along with Russia says the West is meddling in Belarus' internal affairs, has sought to deflect the condemnation by imposing countersanctions on the EU and banning some EU officials from entering the country.

"The fourth package (of sanctions) is likely to come in groups (of individuals), but it will be a sizeable package," one EU diplomat told Reuters.

More details were not immediately available. 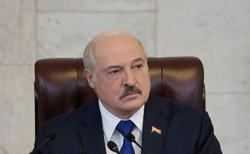 Drone falls on school in Saudi Aseer province, no injuries - state media
Two children and an old man killed in shooting incident near Rome
Canada's Trudeau says he discussed border with Biden, but no deal
Russian held in jail over faked suicide 'protest performance' on Red Square
Macron says we love sausage but let's not waste time on this
Peru's socialists cheer election win as conservatives pledge to fight on
Turkish military hit targets in Syria's Tel Rifat after hospital attack
Biden says Putin right that US-Russian relations are at low point
G7 demand action from Russia on cybercrimes and chemical weapon use
Erdogan says he and Biden must leave troubles behind at NATO meeting