WASHINGTON (Reuters) - U.S. State Department spokesman Ned Price said on Thursday that Washington would "continue to watch very closely" the situation on Russia's border with Ukraine after Moscow said it had ordered troops sent to areas near the border to return to their bases.

The United States, which has called for Russia to cease what it calls "escalatory actions" near the border, was aware of Moscow's announcement on Thursday but was waiting to see a withdrawal, Price said.

"We've heard words. I think what we'll be looking for is action," he said.

"To the best of our knowledge, it remains an announcement. That's why we're going to continue to watch very closely," Price added. 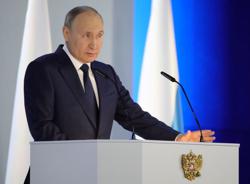