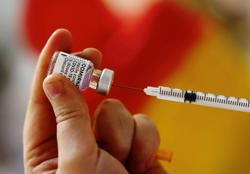 (Reuters) -An attacker with a knife stabbed to death a female police worker in Rambouillet, near Paris on Friday.

Here are some other attacks that have taken place in France

- Oct 29, 2020 - A knife-wielding Tunisian man shouting “Allahu Akbar” (God is Greatest) beheaded a woman and killed two other people in a church in the French city of Nice before being shot and taken away by police.

- Oct. 16, 2020 - School teacher Samuel Paty was beheaded on the street of a Paris suburb. Paty had shown his pupils cartoons of the Prophet Mohammad in a class on freedom of expression, angering some Muslim parents. Muslims believe that any depiction of the Prophet is blasphemous. Police shot dead the 18-year-old attacker of Chechen origin.

- Sept. 25, 2020 - Two people were stabbed and wounded in Paris near the former offices of the Charlie Hebdo satirical magazine, where Islamist militants carried out a deadly attack in 2015. A man originally from Pakistan was arrested over the attack.

- Oct. 3, 2019 - Mickael Harpon, 45, an IT specialist with security clearance to work in the Paris police headquarters, killed three police officers and one civilian employee before being shot dead by police. He had converted to Islam 10 years earlier.

- March 23, 2018 - A gunman killed three people in southwestern France after holding up a car, firing on police and taking hostages in a supermarket. Security forces stormed the building and killed him.

- July 26, 2016 - Two attackers killed a priest and seriously wounded another hostage in a church in northern France before being shot dead by police. Francois Hollande, France's president at the time, said the hostage-takers had pledged allegiance to Islamic State.

- July 14, 2016 - A gunman drove a heavy truck into a crowd celebrating Bastille Day in the French city of Nice, killing 86 people and injuring scores more in an attack claimed by Islamic State. The attacker was identified as a Tunisian-born Frenchman.

- June 14, 2016 - A Frenchman of Moroccan origin stabbed a police commander to death outside his home in a Paris suburb and killed his partner, who also worked for the police. The attacker told police he was answering an appeal by Islamic State.

- Nov. 13, 2015 - Paris was rocked by multiple gun and bomb attacks on entertainment sites around the city, in which 130 people were killed and 368 wounded. Islamic State said it was responsible. Two of the 10 known perpetrators were Belgian citizens and three were French.

- Jan. 7-9, 2015 - Two Islamist militant gunmen broke into satirical weekly Charlie Hebdo's offices on Jan. 7 and killed 12 people. Another militant killed a policewoman the next day and took hostages at a supermarket on Jan. 9, killing four before police shot him dead. 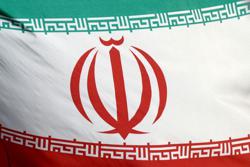